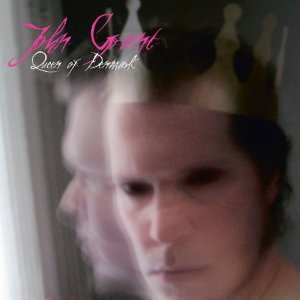 Although he recorded three albums with the band the Czars, we should perhaps treat this quite exceptional, moving, funny, droll and heart-breaking singer-songwriter as a new artist.

And on those terms he immediately places himself in the company of early Randy Newman, Harry Nilsson and a more humorous Rufus Wainwright for songs like Sigourney Weaver in which he laments his life in terms of feeling like Sigourney Weaver in Alien when she learned "one guy tried to get them back to the Earth and she couldn't believe her ears" or like "Wynona Ryder in that movie about vampires when she couldn't get that accent right, neither could that other guy".

This is witty, world-weary ("that other guy") and is delivered over something just this side of a prog-rock anthem.

And just as Nilsson could deliver a beautiful ballad such as The Moonbeam Song and include a line about a fence "with crap around it's bottom", so too Grant -- a gorgeous singer incidentally, not prone to the high drama of Wainwright -- can offer in the darkly bitter, very funny and acerbic title track (presumably about his mother, akin to Hamlet's mum) "I want to change the world, but I could not even change my underwear".

Again, over a beautiful melody.

Here with Midlake -- the album recorded around the same time as their wonderful Courage of Others sessions -- Grant proves the master of a classic chord progression which sometimes refers to pure ballad pop of the Fifties or art-rock of the Seventies.

But this is also tortured and dark stuff: as a gay man growing up in small town in Michigan with a religious family he necessarily exorcises some bad stuff (his near-suicide and the damnation he was told of in Jesus Hates Faggots) and writes of tragic loves lost.

The beautiful opener TC and Honeybear -- which appropriately?/unconsciously? starts with a suggestion of Nilsson's I Guess the Lord Must Be In New York City from Midnight Cowboy -- he is Honeybear and outlines his love for TC and the almost fatal cost: "the world came crashing down with all its velocity . . . take him not me . . . please don't take him because I love him, he's my darling . . ."

With a soaring soprano voice for added, distant drama this narrative unfolds over piano and strings, setting the tone for the more intimate and emotional themes which also run through this wonderful album.

Marz opens with a catalogue of the contents of a drugstore so tempting for a child (the eerie piano makes this sound quite disconcerting however) but the place becomes a meeting place with a lover; and Chicken Bones is a funky account of a confidence-sapping and insecure life in his shabby apartment (a little touch of Schmilsson, a touch of Warren Zevon and Newman) where he is "about to explode like a Wonderbread pocket . . . all jacked up on [Diet Coke]".

Silver Platter Club has a McCartney (Paul and Mike) bounce and New Orleans horns as he wishes he could be like those handsome, successful sporty types ("I'm sorry it wasn't handed to me on a silver platter like they did to you").

There is bitternesss, revenge, moderated anger here behind the humour and wit, and it all comes wrapped up in beautiful, clever arrangements and songs which are about naked emotion and being hurt by love, family and the world.

It is hard to turn away from a slow, sad song as melodically simple and beautiful as It's Easier about his reluctance to commit to love in which the refrain is "but it's easier for me to believe that you are lying to me when you say you love me, and when you say you need me . . .it's easier for me to walk away and get on with my life . . . believing you'll be leaving me one day".

There are songs of redemption here too (the Jeff Buckley-meets-Rufus love ballad Caramel) but by the end you realise the witticisms are the mask and this album is sometimes frighteningly autobiographical -- and comes from someone whose peers are the best singer-songwriters in rock culture of the past half century.

In my experience, jazz people tend to live in the past. Radio programmes are more often about the greats of yesteryear than the living, jazz mags essay Ellington over ECM, and in any given... > Read more