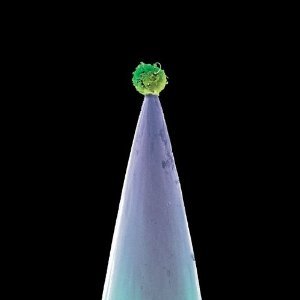 In the mid Nineties when no tribute album to Van Morrison had been forthcoming and none seemed planned, Morrison took matters into his own hands and on No Prima Donna -- with Lisa Stansfield, Elvis Costello, Sinead O'Connor, Marianne Faithfull and others -- delivered a tribute album to himself which he produced.

This new Peter Gabriel album has some of the same quality. In 2010 Gabriel did an album of other people's songs entitled Scratch My Back (Radiohead, Arcade Fire, Bon Iver etc) and it seems the deal was that artists would reciprocate by covering material from his back-catalogue under the title I'll Scratch Yours.

That reciprocal album hasn't appeared so Gabriel has undertaken what could be read as a tribute to his own music, this album of orchestrated treatments of some of his best known pieces such as The Rhythm of the Heat, San Jacinto, The Intruder, Digging in the Dirt and Solsbury Hill.

That said, this is perhaps less an ego-boost than it seems. Gabriel has previously re-hit his catalogue. As far back as '85, for the Birdy soundtrack, he worked with Daniel Lanois and used music from some of his earlier songs (Family Snapshot, Rhythm of the Heat and San Jacinto among them).

And as one who has worked with musicians from across the musical spectrum, the idea of of an all-orchestral album (himself on vocals, and with guests) doesn't seem too great a leap.

But you do have to wonder who he thinks the audience for this grand conceit might be.

Most Gabriel followers -- and they are dwindling in number -- might have prefered the long-promised album of new material, exspecially since none has appeared since Up in 2002.

But here -- without guitars or drums -- he floats his often eerie vocals against a full orchestra and smartly locates it at some great distance from those albums like The Symphonic Music of the Rolling Stones or the London Symphony Orchestra playing classic rock tunes.

At its best -- the utterly creepy reconsideration of the already scary Intruder, the beautifully spare Wallflower about the plight of political prisoners -- this is highly moving music and the project must be counted a success.

There is also a fragile version of Don't Give Up with Ane Brun where the hurt sounds palpable, but adds little to what we know from Gabriel-Kate Bush version. And although the version of Solsbury Hill is interesting it only serves to remind how good the original was because of the sense of desperation he brought at that time.

As for the rest, it largely goes by without really gripping (except for the fine version of Mercy Street) and although more noble than a self-tribute you are just left with that feeling of  . . .

For an assessment of Peter Gabriel's first four solo albums -- from which some of these songs are drawn - go here. 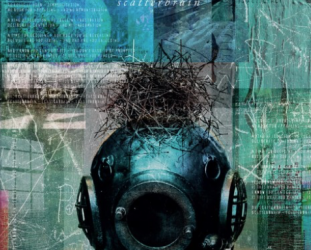 Three years ago, on the release of the Chills' album Snow Bound, Martin Phillipps noted people were saying “it sounded like the Chills”, his particular style evident almost 40... > Read more