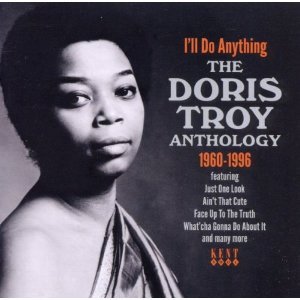 When Doris Troy died in Las Vegas in 2004 at age 67, her obituaries seemed like a who's who namecheck of her era. No obit for this New York daughter of a preacher was complete without mentioning Solomon Burke and Chuck Jackson, the Hollies, Cilla Black, Dusty Springfield, James Brown, George Harrison, Billy Preston, Stephen Stills, Eric Clapton, Pink Floyd, Chaka Khan . . .

The list goes on. And those were just the main players.

So let's pick up just them: Although she had her own career in the very early Sixties (some singles including Just One Look which the Hollies later covered), she also sang back-up for Burke and Jackson, Cilla Black and Lulu came to her shows to learn and get songs, she sang back-up on Dusty's Middle of Nowhere and Little by Little singles and on her Ev'rything's Coming Up Dusty album, James Brown was a friend and supporter with whom she toured . . .

Then there was her period (brief) at Apple Records where Harrison started producing her self-titled album in '70 (until his mother took ill) which had Ringo, Stills, Clapton and Billy Preston on it; she arranged the backing vocalists on Harrison's My Sweet Lord ("When we started with George he was into Hare Krishna but by the time we finished he was into My Sweet Lord"); she sang on Floyd's Dark Side of the Moon, was in the autobiographical stage show Mama I Want to Sing with Chaka Khan . . .

Hers was a remarkable career -- made for the stage and Mama ran for eight years -- but it was also notable for what she didn't achieve. Her hits were minor (the covers enjoyed greater success) and her sole Apple album, against expectation, also didn't sell because the company was torn from within at the time. She was the soulful singer her peers looked to and respected, but the spotlight of global fame mostly moved past her.

There has been a movie made with the title Mama I Want to Sing (from the clips it looks astonishingly cliched and Ciara does the Whitney/American Idol over-emoting which wasn't Troy's style) so this chronological 26 track collection is a much better option in understanding and enjoying Troy's talent.

Right from the earliest songs I'll Do Anything He Wants Me To Do, Face the Truth and Just One Look *) you can imagine young Lulu, Dusty and Cilla bent over their record players listening intently to her phrasing and emphasis. On songs like the terrific You Better Mind she could deliver handclap soul-pop, but on What a Wonderful Lover and the lovely He Don't Belong to Me (a bit Bacharach-David) she sits equally well on a mature pop ballad.

Songs like Time (another which she co-wrote with Gregory Carroll) and Heartaches cry out for a rediscovery, and although material like Please Little Angel sound a bit soppy (a cowrite by Troy and Carroll with Ashford and Simpson), Troy gets into it.

She is better when aching or on the gospel-flavoured songs (Hurry where Motown meets Ray Charles).

The album ends on two interesting songs, the gospel-styled Hear Me Calling recorded in '96 with British soul and r'n'b singer/songwriter James Hunter, and then closes -- appropriately -- with Take My Hand Precious Lord where she goes right back to church.

This collection only includes two tracks from her Apple album (oddly the widescreen and over-produced Ain't That Cute co-writen with Harrison, and the bluesy but unimpressive You Tore Me Up Inside), an album she was very proud of, so that perhaps will be your next step.

There's no denying Doris Troy was one of those whose talents got away for most people, but one which was as at home on the stage of the Apollo in Harlem as it might have been on the top of the British chart in the Sixties.

*Weirdly, the track listing on the disc isn't the one which comes up if you throw it in your computer. But who listens through a computer, anyway, right? 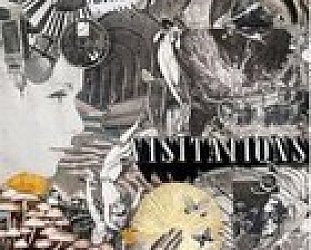 Rock albums come and go around my place -- but this one, like the new Arcade Fire and the Kings of Leon album -- has just clung on: it is dense, the singer sounds like he is seething with barely... > Read more