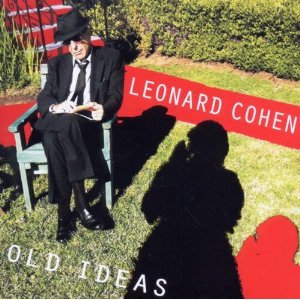 Because he is now 77 and has weighed words heavily all his life, we should look at the amusing ambiguities in this album's title.

Songs about aging and darkness, failed love, apologising to women in his past, angels scratching at the door to come in, non-specific religious imagery . . .

For anyone who has followed Cohen's career, especially the albums of the past 25 years (and how few can you say that about?), these indeed are old ideas, ones which he has explored, refined, distilled and reconsidered again and again.

They are also, perhaps, the thoughts of a man obliged to consider his mortality with more immediacy than he did two decades ago.

Musically there are, if not old ideas, certainly familiar settings (breathy and melodic women's voices) for his husky, sexy baritone which here frequenty errs into that speak-sing which pulls attention to the words and holds the comfort of the familiar.

And these old ideas are brought to life by old friends, among them Jennifer Warnes, the Webb Sisters, Anjani Thomas and his touring band.

There is also his familiar wry humour, right from the opening track Going Home in which an outside voice says "I love to speak to Leonard . . . he's a lazy bastard living in a suit" and that droll wit turns the voice into a puppet-master for whoever Cohen might be and "he will speak these words of wisdom like a sage, a man of vision, though he knows he's really nothing but the brief elaboration of a tune".

Wry intimations of mortality and his self-deprecating persona again then from Leonard, and words which allude to the Bible (the blood of the lamb, roll away the stone, the cross you left behind)?

Old ideas? An old man's ideas? Certainly, but hardly threadbare in their familiarity because Cohen again imbues them with an emotional resonance and in a convincing delivery.

When he "sings" -- rides a melody shall we say -- he get very close to Dylan around the Time Out of Mind album. The gently rocking Darkness here has that gravitas: "I got no future, I know my days are few, the present's not that pleasant, just a lot of things to do. I thought the past would last me, but the darkness got that too".

You can imagine Dylan similarly growling his way through these lyrics . . . and the very rock'n'roll double negatives ("I don't smoke no cigarettes, don't drink no alcohol") are more properly from the Dylan/Springsteen/Petty workin' class man camp.

There are the metaphorical songs (Amen, Show Me the Place, Darkness, Come Healing, Banjo) but also songs of broken love and reflection. On Anyhow he speak-sings over lightly jazzy piano and breathy whispering women, "Have mercy on me baby, after all I did confess. I know you have to hate me, [but] could you hate me less?"

And then there is astutely written Different Sides ("We find ourselves on different sides of a line that nobody drew") which exists at the interface of metapor, symbolism and the personal. There are two voices, the first could be him, or equally be a woman talking to Cohen: "I to my side call the meek and the mild, you to your side all the Word . . . you want to live where the suffering is, I want to get out of town, c'mon baby give me  kiss, stop writing everything down".

Such lyrical refraction and shifting perspectives (on life and death as much as relationships) is what makes Cohen such a rare voice and lyric writer.

If these are old ideas, then they are also the universals: love, forgiveness, pain and the mystery of death.

Leonard Cohen remains the most convincing witness to all of these things, a reassuring voice and a warm hand to guide you through.

There is a lengthy look at Leonard Cohen's career here. 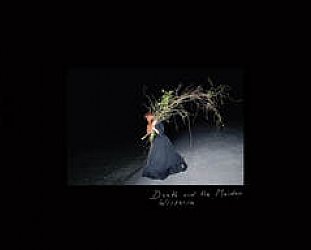 Death and the Maiden: Wisteria (Fishrider)

While it was only right, proper and long overdue that the Apra Silver Scroll award night should be held in Dunedin in 2017 you'd have to say it made for bloody awful television. Many of those... > Read more