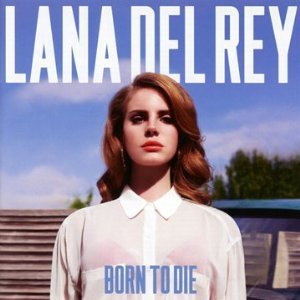 Anyone who takes popular culture seriously enough to know you can't take it too seriously is doubtless amused by the controversy over this 25-year old American singer.

Some internet blatherers have turned up the fact she was born Elizabeth Grant and under that name recorded an album, seems to have some "work" done and -- perhaps worst of all -- she comes from a wealthy family.

So, she would be the first to have changed her name and created a stage persona, had a previously unsuccessful career and has come with dad's cash giving her a leg up?

And yep, I think we can safely say there are smart brains at work behind her.

Again, a first in pop culture?

So we put aside such manufactured outrage about her sudden rise and take her as we find her . . . and she isn't bad in a push-the-right-buttons pop princess way.

She has songs about being sad and alone (the glacially cool title track), being a bad girl with a bad boy (her "Las Vegas past" and his "cocaine heart" in the steamy langour of Off to the Races, and Diet Mountain Dew with "baby you're no good for me but I want you") and does the star crossed lovers thing (Blue Jeans where he is a James Dean "so fresh to death and sick as cancer" who is "sorta punk rock, I grew up on hip-hop"). There are plenty of allusions to steamy sex and alcohol so she's pitching to a more adult audience.

On National Anthem she seems to concede her wealthy background ("take me to the Hamptons . . .money is the reason we exist") while bemoaning how we are excessive in our lifestyles of consumerism, boozing and getting drugged up.

It hardly matters either that -- despite her dad being a merchant banker -- she sings on Radio that "no one even knows how hard life was . . . I heard the streets were paved with gold, that's what my father said . . . love me baby because I'm playing on the radio". Triumph over the adversity of being rich?

There is also the obligatory "girls together outrageously" song in This is What Makes Us Girls (being 16, sneaking out, drinking beer, hanging with senior guys, willing to die for love etc). But she imbues it with melancholy so it becomes a reflection on innocence passed, and of a precocious sense of misplaced maturity.

Yep, all the right buttons are pushed and musically she borrows liberally from dance-Madonna, ethereal Kate Bush, a little trip-hop and hip-hop, subtle samples, has some strings in for effect . . . To her credit she doesn't merely recreate the Eighties as so many of her peers are doing.

In fact -- despite some seriously stupid lyrics (which consciously or otherwise mention "take a walk on the wild side", "heaven is a place on earth", "no one compares to you", "one for the money, two for the show" and other post-modern referencing) and profanity for effect -- this isn't bad at all.

It is a smoothly polished, somewhat mature, pop outing where the songs are stand-alone but add up to a picture of someone trying hard for credibility, and you take your hat off to producers Al Shux and Emile Haynie.

if you can put aside all the blather about "authenticity" (in a world that gives you American Idol and Lady Gaga?) there are some fine songs here (Born to Die, Off to the Races, the ballad Video Games in which she might be Mary whose dress waves and screen door slams in Born to Run, Million Dollar Man) . . . and she can actually sing.

So she wanted to be famous and a pop star so changed her name and had work done?

There are much worse crimes.

And she's only a pop star, a pretty good one, after all.

Here am at the tender age of 61, blasting her album out. Makes a great change from the "generic" 18 to 30 year singers on the radio. Wonderful lyrics, superb voice. Waiting for her jazz/blues album in 10 years time.... "Million Dollar Man" is the track that's on the way. 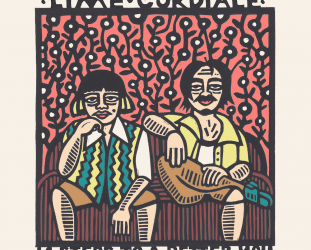