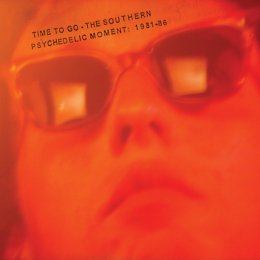 When I wrote the liner notes to a couple of collections of New Zealand psychedelic music from the late Sixties/Early Seventies (see here), I was obliged to offer the uncomfortable reminder to cooler-than-thou people who were "there at the time" that the drugs which inspired the movement in the USA and UK were not as readily available in this country as many might have thought, or even wished.

In the absence of a real acid trip, most musicians in New Zealand were obliged to make presumptions from what they had heard on overseas records or had read about. And yet, with very primitive and often hand-made studio technology, they did a pretty good facsimile of acid rock until the actual stuff made its way onto their tongues.

Of course by the time this collection covers, the rather depressing early Eighties, every drug known to Man was available -- although I've always thought it odd so many musicians (often depressed or moody ones at that) took stuff to take them further down.

As Elsewhere has previously noted -- as recently as here -- the word "psychedelic" has such a flexible definition these days as to mean just about anything. But for this fascinating, 20 track collection Bruce Russell has compiled a wide swathe of tripped-out sometimes dark-downer psychedelic music and included a considerable number of Flying Nun bands who might have otherwise gone overlooked.

Bands like Wrecks Small Speakers on Expensive Stereos, the Victor Dimisich Band, 25 Cents, Scorched Earth Policy, Max Block and the Rip rarely make it into any history of New Zealand music . . . and yet there they were. And here they are.

Alongside them are the more familiar names but often with unexpected tracks: the Pin Group, the Clean, the Gordons, the Builders, the Chills, Tall Dwarfs, Sneaky Feelings, the Puddle etc etc. And the Shallows and the Playthings who were not on Nun.

In his liner notes Russell makes a good case for the emergence of this music at the time -- although it is drawing a very long bow to link the emergence of Flying Nun with the 1981 Springbox tour thusly: "Many young people were unemployed in 1981, but they still bought a lot of records. And to otherwise entertain themselves they drank, they smoked pot, they went to the pub to see rock bands. And then they went out in the street to smash the state".

If that were true we might have expected some serious and overtly political music to emerge from the Nunnery, but -- with a few exceptions -- it was conspicious by its absence. The emerging reggae artists (understandably) had much more to say in that regard . . . and even within the student population there was as much division over the tour as consensus.

But irregardless (as they say in The Sopranos), this excellent collection pulls together the ambitiously and willfully weird (Bill Direen's Russian Rug) with the strangeness spin-off from the likes of Syd Barrett (Tall Dwarfs' Clover) and the more tripped-out pop end of the broad spectrum (the Chills' Flamethrower, Sneaky Feelings' dreamy Not to Take Sides).

For most listeners there will be some real (re)discoveries here like the shimmering pastoral pop of As Does the Sun by Look Blue Go Purple and the lo-fi Velvets-gone-flatting sound of Double Happy's Some Fantasy. Or the Stones' teased out pop-drone of Down and Around.

Those around for the first wave of psychedelic music in the late Sixties associate the style with light shows, paisley shirts, guitar solos lasting a week and allusions to raga-rock perhaps. That isn't what is here.

This was a different psychedelic music for a different time. Downer time for the most part, but still producing smashing music . . . even if it wasn't smashing the state.

There is an alarming amount of writing about various threads of "psychedelic" music at Elsewhere, start your trip here.

The South Island FNun groups degree of political involvement in a very political time is an interesting question. I note on 1 May 1981, The Chills and Sneaky Feelings played a Rock Against Racism show at Otago University, and in July, The Gordons and Naked Naked Spots Dance did a similar show at Thistle Hall in Wellington, but like yourself find little evidence of the SI groups politics in their words although that doesn't preclude personal involvement and there is evidence of individual concern becoming overt. I would also add the re-emerging Auckland and Wellington punk groups to the list of political songsmiths,

Thank fuck that none of the early (or later) Flying Nun bands were 'political'; we left that up to all the Wellington bands...

The f nun bands, to my mind, were very political. they just didn't say so. they were anti the way things were - that's where they got a lot of their energy from. they just didn't wear their politics on their album sleeve. hamish kilgour, for example, is one of the most political people i know. the clean songs were sometimes overtly poiltical..."i go side-on...it's the nz trip...the button down lip...i go side on..."

On the night before the Wellington test, the And Band played a Rock Against Racism gig in Wellington with one freee jazzz band and one sprawling Black Power reggae outfit.
Mark "Sharkface" Thomas later pursued this line of work to its logical conclusion, but I think that was pretty much it for the rest of us.
The actual protests I found rather disillusioning; the gig was better.

It occurred to me last night just why it is that none of these bands released political songs.
They were on Flying Nun.
Imagine for a moment that I write a protest song about an important issue of today.
Let's call it "Free Kim Dotcom".
(homework: the word for today is "extraterritoriality". Research its meaning and its implications in terms of Kiwi sovereignty).
Today, I could record this song on a home computer, make a shonky vid, and post it on youtube tonight.
Back in the 1980s it would take Rodger about 2 years to get it recorded and released.
In two years time, Kim Dotcom will be free with all rights restored and songs about his plight will just be camp curios.
Protest songs need to be topical and being a Flying Nun band was never conducive to topicality. 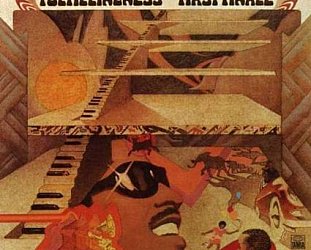 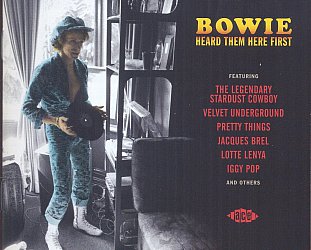 The glue that barely holds this diverse 24-song collection together -- Paul Revere and the Raiders through Johnny Mathis, Lotte Lenya and Roxy Music -- is that these are the originals of songs... > Read more