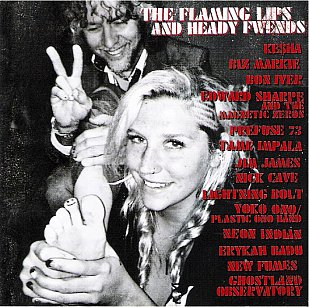 Anyone with a completist's mentality who signed up for Flaming Lips on the back of Soft Bulletin (1999) and their beguiling Yoshimi Battles the Pink Robots back in '02, has been in for a typically bumpy ride when Wayne Coyne is the great helmsman.

A natural collaborator, musical heretic and avant-experimentalist, Coyne thought nothing of releasing the soundtrack to his film Christmas on Mars which you might never see, delivering an utterly wonderful double album Embryonic (which was too much for many) or rehitting Pink Floyd's Dark Side of the Moon (with Henry Rollins and Peaches as unlikely guests).

Over the years they have also collaborated with the likes of Yoko Ono, Nick Cave, Bon Iver, Tame Impala, Kei$ha, Jim James of My Morning Jacket, Erykah Badu . . .

If collectors and completists were finding their patience tried, this collection -- originally released on vinyl for Record Store Day -- of 13 diverse collaborations (all those mentioned above, and other more recent ones) will plug the gap on the shelf.

Some of these are very powerful -- Yoko sampled for the industrial strength thump'n'grind of Do It, the scouring Supermoon Made Me Want to Pee which was a studio jam duffed up by Prefuse 73 -- and others are deliciously strange (the post-rock folk of Ashes in the Air with Bon Iver, Badu in glacially slow cosmic flight on the Ewan MacColl/Roberta Flack ballad First Time Ever I Saw Your Face).

Some hint at classic, melodic Lips (Helping the Retarded Know God, the trippy guitar grind of Children of the Moon with Tame Impala), other go psychedelic prog on your head (That Ain't My Trip with James) and Nick Cave wades in with some declaimed sermon on the gritty and cosmic You, Man? Human??

Yes, this skids all over the place but the overarching ethos is Flaming Lips' post-acid rock. You don't write a piece entitled I'm Working at Nasa on Acid and not have mesed with your head.

Probably not the album to woo the casual into Flaming Lips' particular world, but if you've paid yer money so far this is a useful, if marginally interesting, mop-up of side projects which comes off as remarkably coherent despite the diversity. 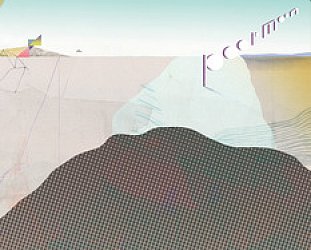 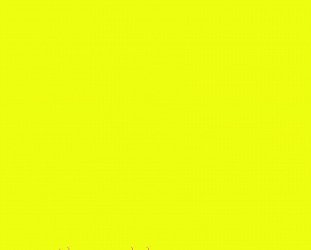