These days genre-ignoring bands are so common they require no introduction or explanation.

But few are as provocative as Alt-J out of Cambridge, England who pull together slivers of Anglo-folk with hip-hop beats (like sons of the Beta Band), electronica ideas rendered acoustically, electro-blip from recent Radiohead, a cappella harmonies and angular pop of the romantic Belle and Sebastian-go-prog kind.

On paper that shouldn't work but when they nail the pop end (Matilda, Breezeblocks, the choral-inclined Ms) or get weirdly gritty (the downplayed but strange prog-pop of the twanging and sexually graphic Fitzpleasure) this really connects the dots. And Blood Flood pulls the threads together in one place.

Unsurprisingly this literate, conceptually-inclined band (lyrics linking across songs, lovely origami CD sleeve) met at university: there's intellect rather than gut instinct on songs like Tesselate and the conceit of an Intro and three inconsequential Interlude pieces which is a bit precious.

The Fleet Foxes-familiar closer Taro/Handmade – annoying with the hidden bit five minutes after the first part ends – shows while this is a slightly flawed confection they sound primed to be the Next Indie.Cult Thing to go middle-sized, if not bigger.

Arresting combination of sounds and textures. There are many influences and touchstones to recognize. (Being an old geezer) I also hear Howard Werth (Audience) in Joe Newman's vocals. It's how the human voice is presented, enhanced, stripped and/or reconfigured that gives Alt-J a distinctive identity. Certainly worth further investigation.

Repeated listenings imposed by my 16yo son have convinced me that these guys are stunningly good. Beyond the wonderful textures, the wierd but wonderful instrumentation that, once you've adjusted your mind, become compelling, beyond all that are some stunning riffs and hooks and some gorgeous melodies. Matilda is just gorgeous. Like it more every time i hear it - the mark of a great album.

Wow, Dean Johansson... YES! EXACTLY!
I was searching google for Joe Newman influenced by Howard Werth singer... and what do you know, I found this post. The similarity is striking to me, and surprising it hasn't been often mentioned. 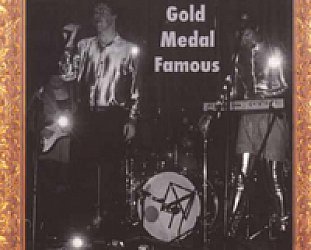 Out of Wellington, New Zealand -- where people like to put on fancy dress for parties -- comes Gold Medal Famous who recently recorded a song, John Key is a Dick (BBQ Reggae Version) which might... > Read more 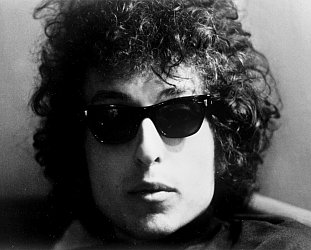 BOB DYLAN: THE CUTTING EDGE, THE BOOTLEG SERIES VOL 12 (2015): Mixing up the medicine

There's a widely held belief that most creative people do their best work in the matter of furious years of activity some time either side of their 20th birthday. The evidence for this can be... > Read more