Although few would argue that musically this Colorado three-piece are doing much different in acoustic-driven (and sometimes string-enhanced) rootsy folk-rock, they do have in their ranks a very smart songwriting pair in Wesley Keith Schultz and Jeremy Caleb Fraites.

Their catchy single Hey-Ho (you can bet bar bands in Dublin are covering it even now) has picked up plenty of good notices, but it is in emotional and metaphorically clever songs like Dead Sea where this one scores very big points.

In Dead Sea the singer peels away a relationship between two dissimilar people, and this is written after she, good at running away and not keen on domestic life, has left following her father's death and decided to live for herself.

It opens with what seems like a simple drifter's narrative ("I headed west, I was a man on the move, New York had lied to me I needed the truth . . . ") but as the song unfolds the layers of the complex relationship are revealed and the chorus is uplifting if sad sounding: "Like the Dead Sea, you told me I was like the Dead Sea, that you'd never sink when you were with me . . . I'm like the Dead Sea, the finest words you ever said to me . . . honey, can't you see I was born to be the Dead Sea . . ."

At one level this almost sounds like a David Grey song in its simple and affecting melody, but lyrically it alerts you to the fact there's a lot more going on with the Lumineers.

Classy Girls -- a real hoe-down stomper -- spins a story around a pick-up when at the crucial moment she turns her head away and says "classy girls don't kiss in bars like this, boys will break their backs and hearts".

The funereally-paced Slow It Down opens with the arresting, "I feel a filth in my bones, wash off my hands 'til it's gone, the walls they're closing in with velvet curtains . . . some love was made for the lights, some kiss your cheek and good night . . ."

This is engrossing and intelligent stuff delivered with raw thoughtfulness, an early Dylan engagement but a thoroughly contemporary innercity twist where the car window is smashed but they didn't touch the stereo. It's about this pointless life, and those pointless acts which can be crime or love, both of which feel much the same.

But Stubborn Love is the ever-hopeful twist with the lover on the porch, prepared to have a hole torn in his heart but open to it all saying, "it's better to feel things than nothing at all".

It asks what the opposiite of love is. The answer doesn't bear thinking about.

This can be dark but as incisive as a Paul Simon image: on the Big Parade it is the fleet of black limousines carrying The Political Candidate and "the beauty queen with the white glove, all sick from the nightclub, they wave with pagentry". Less cynical than astutely observed.

Into the familiar -- what sounds like Civil War ballads for the 21st century, American disillusion and the failure of Hope, damaged love but a heart prepared to get up again for one more shot -- the Lumineers inject something affecting, intelligent and rather special.

If you do nothing else, check the sample track here: Dead Sea is worth your serious attention and the intro to this impressive debut album which has frissons of the familiar but something real to say.

Like the sound of this? Then check this guy out. 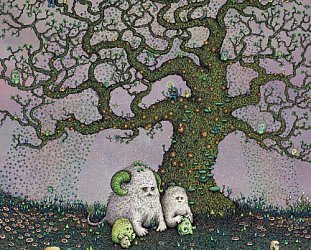 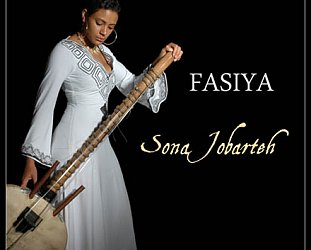