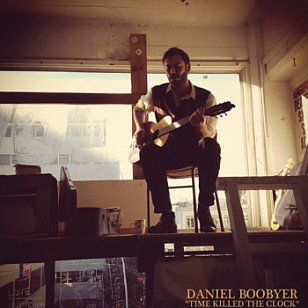 When Wellington musician Daniel Boobyer sent an e-mail to Elsewhere asking our interest in his forthcoming album the reply was quick. I said he had me at "vinyl".

Yes, Boobyer has released this album on limited edition vinyl -- damn fine sound too, I have to say -- but he thoughtfully includes a free download code so you can also access it that way.

If you don't want the vinyl (you don't?) then you can just download it direct from bandcamp here where you can also listen.

What you'll hear is deliberately lo-fi blues with a restrained but raw edge, clever multi-tracking of vocals to give an additionally haunting quality and Boobyer's singing sometimes echoed as if in some room next door and letting his sound seep through the walls. Yet it also has an immediacy in the gritty and distorted guitar, and is right up close on songs like Dream My Life Away.

Aside from the overall effect, Boobyer has discrete songs: Shake Your Dirty Chain is a slightly eerie piece offset by You Make Heart Dance which follows, a multi-vocal piece like a round.

These mostly short songs -- four of the 18 pass the three minute mark, most around two -- quickly establish mood (the disturbing washes behind Midnight Shoulder, a lo-fi front parlour sound on Bitter Love which fades as if it were an afterthought) and Boobyer can pull out a folk style (A Broken Story) or go walkin' after midnight (the rough-edged slide on Hollow Days, Mud on My Shoe) as often as spooky blues (Howling Moon, a standout).

His cracked vocals wobble in places but weirdly that adds to the effect that these songs --as the cover suggests -- have been pulled from within and recorded live and direct.

Boobyer is a brave one to go to the expense and trouble of making a vinyl record (he tells why and how at Elsewhere's Other Voices Other Rooms here) and this has the ineffable feel that it deserved to be on a record.

More than that though, he has a distinctive and unusual sound (is that harmonium on Good Morning World alongside what sounds like wonky typewriter?) well worth investigating. 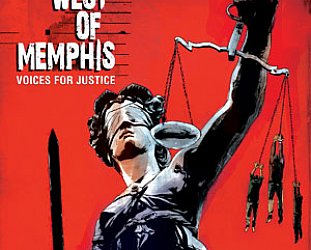 Celebrity has been debased by reality television, but its power and influence to do good (rather than flog a product or self-serving career) shouldn't be underestimated. Amy Berg's doco West... > Read more 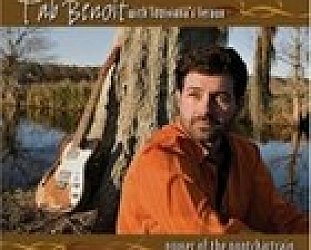 Bluesman Benoit teams up again with Lousiana's LeRoux, the rockin' outfit he worked with on his swamp-lightnin' album Brother to the Blues of last year which was nominated for a Grammy. This... > Read more