This New Zealand duo of Isaac McFarlane and Brad Craig -- based in Dunedin but only partially inspired/influenced by the Flying Nun sounds which emerged from that city in the Eighties -- again deliver an economic EP which extends the ideas of their impressively diverse debut Jelly Tip Lips of last year.

With an unashamed pop skew and lo-fi hints of bands like Beach House, Arcade Fire, Field Music and Grizzly Bear, Two Cartoons here pump up the energy in songs like the stutteringly catchy Utah (which comes in under two minutes) and the New Wave stylings of Birds/Burns with its increasingly urgent chorus.

The song Tiny Terrors has those Flying Nun suggestions (meets Weezer) but the elevating Dreams -- which admittedly will sound very familiar to Fleet Fox listeners -- is the real entry point/hook here.

These five songs clock in at less than 15 minutes (Jelly Tip Lips a tidy 17) and when you buy it from bandcamp here you can choose your own price.

Okay, two short EPs. Now let's hope they again step up another notch and give us more than enticing appetizers. 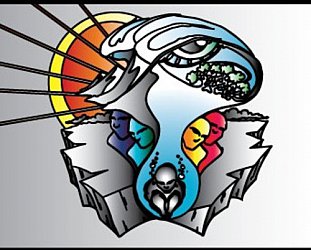