At its most extreme interpretation (as some have joking applied it), the Giaia theory which contends all life on Earth is interconnected says if a butterfly flaps its wings in China there may be a tornado in Kansas some time later.

Okay, that is ridiculously extreme but the principles of interconnectivity would seem to be becoming more and more apparent as species die out and others (their predators or food source) inevitably also suffer. Get rid of all but the most domesticated of cats in New Zealand for example, and mice and rats might flourish as much as native birds so . . .

American composer and associate professor of music in South Carolina uses the broad notion of Gaia/interconnecivity as applied to music for this quietly intense and beautfully produced (and packaged) album where perhaps the thread which links all of Mankind on a musical level is rhythm.

Some of these seem hypnotically  simple and improvised (. . . folded . . . by American composer Brian Nozny, for solo marimba and percussion quartet) but also have an almost intense mathematical structure. Others have a driving intensity like you've arrived at the middle of jazz drummer's solo spot and all the mates have dropped by to add their ideas (Psathas' 4BY4 for percussion quartet).

About Waiting: Still, Psathas says he had been encouraged by Body to join the university's gamelan orchestra but he declined. This new piece -- based on a pattern from his earlier Waiting for the Aeroplane which appeared on Rattle's Rhythm Spike album of '99 --  now brings the mesmerising sound of gamelan into play on a piece which is weightless yet full of emotional resonance.

Immediately after is the much more earthy Scavenger's Footprints by American composer Christopher Deane which uses found percussion (junkyard stuff in some instances) and then there is vibraphone and tuned flowerpots on David Skidmore's spacious and delicate Requiem; MVT 1.

So even though this might seem to be a limited palette of instruments, they way they are applied in these diverse, melodic and often very beguiling pieces -- Christopher Adler's 20 minute Once in a Grove of Tamarisk is delightful --  makes for an album that offers constant and gentle surprises.

And, perhaps true to the Gaia ethic, all seem somehow related. 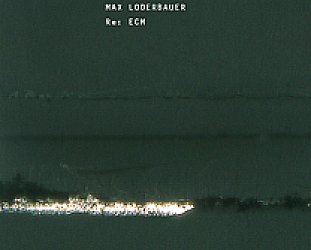 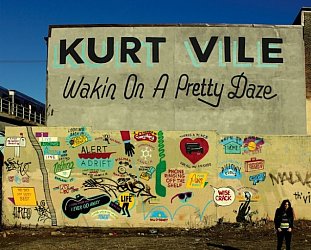