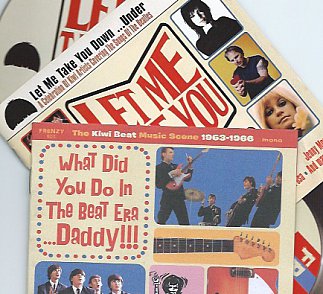 The signature sound of the Beatles – three guitars, three singers and a backbeat – so changed the musical landscape in the early 60s that artists everywhere scrambled to catch up and copy it.

Kiwis were no exception.

From Ray Columbus and the Invaders' She's a Mod (an obscure British b-side) and the mop-tops (the Librettos), to polo-necks and suits (just about every band) and Tommy Adderley covering Ann Margret's bluesy I Just Don't Understand (“a jus'don unda-stun”) the Beatle-influence was an epidemic. 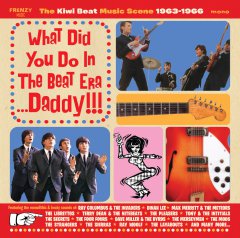 The first of these two discs – released on the anniversary of the Beatles' arrival in New Zealand 50 years ago – pulls together 37 songs from those mentioned as well as less known names like the Mods (from Hamilton), the Sierras, the Strangers and the menacingly garage sound of the Secrets (both with bassist Gary Thain who later joined Britain's Uriah Heep) and Christchurch's Vigilantes.

Here too are unexpected entries like Freddie Keil and the Kavaliers transitioning from pre-Beatles pop on Love Potion #9, the Layabouts channeling the guitar-jangle of the Searchers on their sole single We'll Meet Again, the great Jay Epae (who wrote Tumblin' Down) with 15 Girl Friends, and the generically-impressive Merseymen who played Auckland's Beatle Inn and had the late Dylan Taite on drums as “Jett Rink”.

Memory Lane for many, a time-tunnel for others. 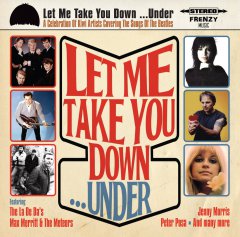 Let Me Take You Down casts its net wider picking up artists covering Beatle songs down the decades including a previously unreleased version of The Inner Light by the Underdogs (on C'Mon, with sitar) and Jenny Morris with I've Just Seen a Face.

After Dinah Lee's fairly typical cash-in of the time (“Johnny and George and Ringo and Paul, yeah-yeah, we love e'm all”), here are 25 interpretations which are mostly faithful but some artists making the material their own, including the Rebels with a soulful take on Good Day Sunshine (from 69) and Max Merritt taking a similar approach on Hey Jude (70), a thumping Hey Bulldog by Tom Thumb (with punchy horns) and the Brainchilds from 94 with an electro-minimal treatment of the trippy Tomorrow Never Knows.

Heretical but uber-Fabfan Chris Knox gate-crashes the respectful proceedings with a multi-tracked Baby You're a Rich Man from an obscure '87 cassette recorded at home with a drum machine. It closes with the sampled sound of Telethon donations being read out. Witty.

Of these two well packaged albums, the upbeat former is the stronger by being more focused, and -- to a greater or lesser degree -- a splendid time is guaranteed for all. 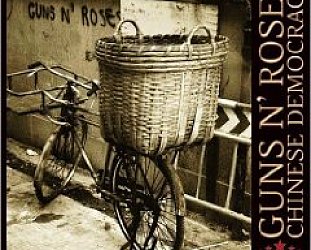 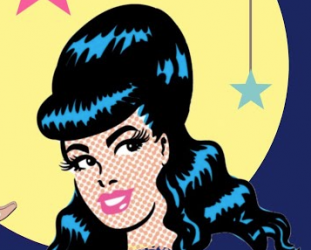