As with Ryan Adams, Prince was one of those artists who was so prolific that neither his record company nor audience could keep up.

It's been a while however since Prince graced us with an album but -- as was the case in the Eighties and NIneties when he was delivering at least one album a year -- now we get not one but two albums, Art Official Age (under his own name) and Plectrumelectrum credited to Prince and 3rdeyegirl.

Oh, and in a week or so there's a double DVD interviews/music collection.

And as always with Prince U have 2 B ready 4 this kind of thing, as well as wordplay as mundane as the Art Official Age title, plus the usual conceits of spoken word/dramatic passages as on AOAge when we are dropped into some operating theatre and The Artist Once Again Known As Prince is waking from some kind of coma . . . or something like that.

The world he wakes to is 45 years hence, as our very British nurse explains, and the new age seems to have blurred gender boundaries . . . or something like that.

It's all slightly bonkers but that's kinda what you expect from TAOAKAP, especially when he gets on his funky foot as he does on an album that uses vari-speed vocals, electrofunk, rap passages, some of his usual sermonising about the spiritual healing possibilities of sexed-up music . . .

With squelchy bass sounds, Seventies jazz-funk keyboards and synth drums, his customary gift for a falsetto ballad (Breakdown which sounds a sitter for inclusion in the next American Idol series or as a Backstreet Boys cover), the odd chipping funk dancefloor-directed killer (The Gold Standard with the hilarious injunction "you don't need to be rude", from Prince?) and whisper-close vocals in places (U Know, This Could Be Us) this is TAOAKAP pretty much as you might expect.

As the song says "funknroll".

But in the current r'n'b climate it also sounds cleverly retro and it's hard to know if you are enjoying it because of what it suggests or for what it delivers. It under-delivers in quite a few places over the 13 songs (Breakfast Can Wait with him in his lovesexy mode before the Minnie Mouse vocals arrive) and substitutes smarts for substance.

Few will be surprised by this and while it's the customary Prince fun and sexiness, some of this sounds like a path previously traveled but now with new floral borders. 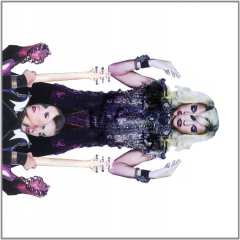 Of greater interest and sonic punch is Plectrumelectrum with his three-piece all-woman power band.

The reference point for this one is a drawing of Prince the Herald commissioned for a cover story back in about 1987: it was of His Purpleness looking in a hand-mirror and Jimi Hendrix looking back.

This is not Prince-as-Hendrix but rather him reflecting back some of the guitar power trio rock of the late Sixties, with a funk twist of course.

It sounds much less calculated than Art Official Age, more like 11 songs (and a rehit of funkn'roll) he wanted to just work out in the studio with feedback, searing solos, popping bass and powerful drum fills.

None of the songs are especially distinguished -- their titles include pretzelbodylogic, ainturninround, fixurlifeup, stopthistrain -- and in places you might think Prince looked in that mirror and saw Lenny Kravitz staring back in bewilderment.

But this works especially well at high volume and there's fun to be had in shouting "King Crimson", "Living Colour" or "Bootsy" at certain recognisable points. The ballad whitecaps is very nice, boytrouble by the band (with Lizzo and Sophia Eris) is mostly closer to Nicki Minaj than rock, but the version of funknroll right at the end captures the joyously unrestrained rock-funk spirit of the sessions.

Quite why he wants to so often speed up his vocals to sound like he's inhaled helium remains the biggest issue hanging over these two albums. Accept that and there's fun to be had, if in a very familiar way. 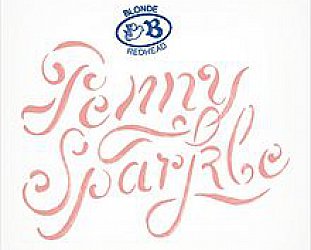 This album by the US-based trio (Italian-born Montreal-raised twins and a Japanese singer, here with a keyboardist and a Moog player) arrived late last year but is timely to now address given they... > Read more 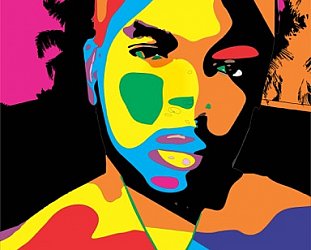 Nigerian singer-writer and engineer/mixer here steps out with slightly dark and brooding “mixtape” debut album which however manages to bring together electro-pop, serious soul,... > Read more 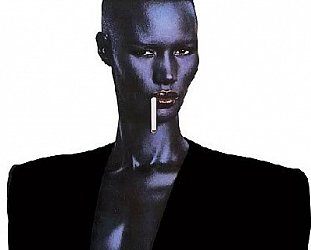