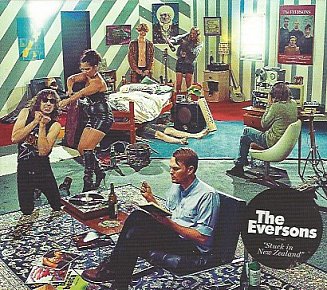 Some wit in Creem in the Seventies nailed it perfectly when he wrote, “Heavy metal is for young men without a war of their own”.

To which we might add, the Eversons are for young men with tongue-in-cheek teen angst and raging hormones.

The Eversons – a family band just like the Ramones -- are smart, funny, deal in broad-brush power pop/hormonal rock and write songs which include brilliant lines like “Give me more till I'm sick and I'm sore” . . .

And that's just the rollicking opener which destroys itself in sonic deconstruction in its final furious minute.

But like Cheap Trick before them (whose smart and knowing power-pop/stadium rock they conjure up), the Eversons – who all live in the same expansive complex like the Beatles in Help! I am unreliably informed -- also fire off great songs with massive hooks.

One hearing is all you need for Good At Making Enemies, Hippie Girl . . .

But they also flick in teen-bent stuff (Baby You're a Jerk about the more sober next day), forced-fed angst on the Fifties-referencing doo-wop rock but hanging-by-fingernails desperation on Generation Wimp, (“this generation sucks, it's true we're really lame”) and shimmering but cynical widescreen pop (Tease which is the Shoes-meets-Cheap Trick).

I Found God is Brian Wilson in '66 looking at the cloudless sky through rose tinted optimism. But with clouds.

Princess Chelsea on piano and Brett Adams (the Bad's guitarist) join in for the newly-minted, punishing Seventies stadium rock of the Emily (which is also witty: “I come down Dominion Road . . . I see red . . . there's no depression over here” etc).

There are friends warning of “that girl” (on It's a Trap which works that same old Devil In His/Her Heart divide between love and friends) and . . .

So everything from the Beach Boys to Buddy Holly balladry (the lovely Don't Worry About a Thing which almost doesn't sound even slightly cynical, almost), lots of clever pop history references both musical and lyrical, songs which seem instantly familiar, very funny cynicism (the title track is in a long lineage of clear-eyed observations about that bullshit stranded-in-paradise cliché we've bought into, especially young people) and . . .

“Bliss was it in that dawn to be alive, but to be young was very heaven!" 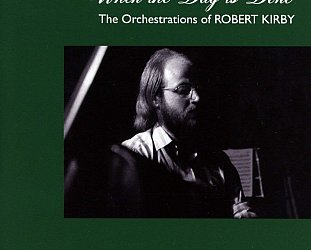 Various Artists: When the Day is Done; The Orchestrations of Robert Kirby (Ace/Border)

Every five years or so venerable British music magazines like Mojo, Q or Uncut will feature Nick Drake in an extensive article to try to persuade – or remind – us of his genius, the... > Read more 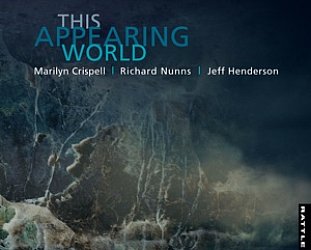