The previous album under Londoner Archy Marshall's King Krule moniker – and he goes by a bewildering array of noms de disque and personae too diffuse for us to worry about – was the fascinating and highly recommended 6 Feet Beneath the Moon released four years ago on his 19th birthday.

He seemed a precocious if unfocused and wayward talent who was by turns a late night barroom balladeer with a deep growl and at others an offshoot of the post hip-hop culture for whom beats and lifting jazz samples were just part of the contract, alongside lounge pop and whatever else might have taken his fancy.

These 19 songs (all of pop length) in 66 minutes show he has no inclination to define himself with any more clarity as he roams far, wide and deep going from almost spoken word jazz-noir ballads, including found sounds and ambient noise, offering gentle jazz ambience (The Cadet Leaps), some reductive post-punk on the early Cure-like minimalism of Emergency Blimp . . .

Apparently Czech One was the first UK single released, which – have a look at and listen to the video – seems as much a caution as a come-on to the casual.

What may be threads which holds this diversity together are the lyrics which allude to the end of a relationship and a sense of emotional dislocation reflected in sometimes spook-spirit songs (the brief Locomotive which suggests standing on a platform with no particular place to go, let alone be).

Some will no doubt find this musically fragmented approach far too wilful and stateless to define or relate to. And yep, it's a little annoying when ideas emerge and aren't explored or others are unnecessarily drawn out beyond their meagre possibilities.

But King Krule doesn't seem like a persona for Marshall which is going to be reined in any time soon. And that's the good news.

The challenging pleasure here is that none of these songs telegraph what the next direction might be: whether it suggest Nina Simone-meets-Anohni (Slush Puppy); the two-parts of the bilingual Bermondsey Bosom fragment (neither more than 75 seconds); the dark line between Chet'n'Cave (Lonely Blue), the deliberately cheap pop structure of Vidual coupled with the sheer desperation in his vocals and increasingly scouring sound; the wilful leaps from dub to punk and trip-hop . . .

There can be an emotional and musical claustrophobia here (Half Man Half Shark is not for the faint-hearted) and many songs demand a commitment from the listener (Cadet Limbo with its bent saxophones and self-pity).

But this is also a very hard collection to turn away from because each piece is, like Tom Waits' albums from Swordfishtrombones to Bone Machine, discreet and self-contained.

In fact Waits of that productive period (and very early but little heard/pre-fame Bright Eyes/ Conor Oberst when he tripped between electronica experiments and bent-folk) might be the better reference points than even King Krule's previous album.

It's a rewarding ride and a very seductive, if sometimes troubling one. But also quieter than you might think in most places.

Very much receommended for those who like to take the time to imerse, decode, be engaged and sometimes naysay . . . but an album that is certainly going to be a repeat-play keeper.

Just to try and figure the enjoyable but damn thing out. 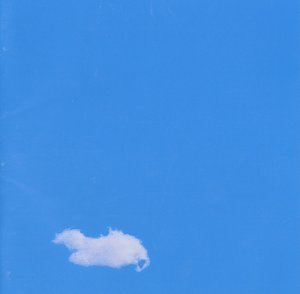 Incidentally this comes as a delicious double vinyl package (with a download code) and its minimal but possibly metaphorical cover image of something falling to earth through a clear blue sky (is that the relationship/him?) looks great in a frame . . .

The irony being – if you know the POB synopsis of rock'n'roll from Elvis to Yoko – that there could probably not be two albums more further apart musically. 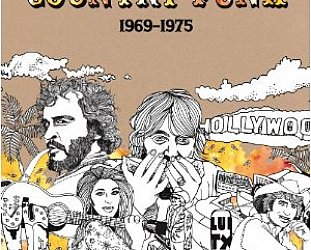 Although the promotion of this 16-song collection might make out the notion of "country funk" is somehow a strange and unfamiliar animal, the territory has been well mapped -- from OC... > Read more 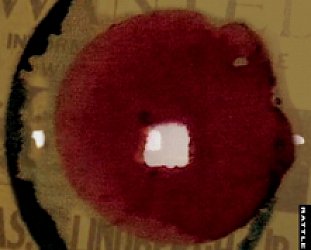 The prolific Lisik (see here) offers this new and complex single suite which exists somewhere between improvised music, art music and a long tone poem (more like a tone short story) which has... > Read more