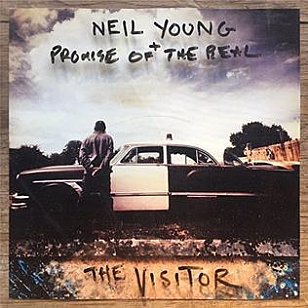 You have to go a long way back to find a truly great and new – not just a “pretty good” – Neil Young studio album. As Elsewhere has noted, much of his best stuff has been – like the recent Hitchhiker – pulled from his vaults, a never-ending process it seems.

This one of new material – with the excellent Promise of the Real who bridge country-rock and Crazy Horse kerthump-rock and who back Young on the polemic Monsanto Years – comes at a time of righteous rage against Young's adopted homeland and it's currently dysfunctional and vulgar political class in/out of control.

Young's seething fury is evident in many places (not the least the blunt razor musical settings) and opens with his riposte to President Trump's campaign slogan on Already Great which begins well with crunching guitar and Young declaring, “I'm Canadian by the way, and I love the USA” but quickly devolves into cliches which could equally to appeal to the most base Trump supporters' sentiment and nationalism (“you're the promised land, you're the helping hand”).

Perhaps this isn't the time for nuance but often that hasn't been Young's forte anyway (think of the romanticism of Incas, the Old West and so on).

When he pulls things right back, as on the acoustic Almost Always, he sounds more personal and persuasive because of his own doubts (“do I have something to say?” “I'm not going to work it out”), nails Trump more persuasively -- “I'm living with a game show host who has to brag and boast about tearing down the things I hold dear” – and adopts an almost wistful quality about what has been lost.

Change of Heart is similar in that it is a gentle but commanding call for good people to find an inner faith (of whatever persuasion) and look at the world in a new and better way, to not retreat into themselves out of fear.

Diggin' a Hole is raw and slow blues which doesn't appear to say much but in its few lyrics (despite him asserting “I'm a word man”) and the contained rage of the music but you get his blunt point.

Elsewhere however he really pushes the envelope on the non-specific but easily discerned anger on the shouty Fly By Night Deal, the searing flame of unity in the face of the threat on Stand Tall (with background voices arguing), Carnival is rambunctiously surreal and poetic, eight minute-plus country-rock piece about . . . Well, Evel Knievel's great-grandfather is in there and there's a strange Benefit of Mr Kite breakdown around “flying through the air with the greatest of ease” and allusions to Hispanic music.

And for Children of Destiny he brings in horns and strings for an alternative anthem for America under duress: “Stand up for what you believe . . .”

It's another blunt blade from Young but it is the quieter pieces which redeem such songs, and the 10 minute-plus closer Forever is one of his most moving, honestly observational lyrics in many, many years. It's quite beautiful and full of fractured hope being pieced together in these troubled times, and as he has done to often it moves into the mythic and mystic.

Anger may well be an energy as John Lydon said, but what becomes Young's position better is when he tempers and refines it, or as on the more intimate songs here speaks from the head and heart simultaneously and not just the adrenalin rushes in his veins.

This is still not a truly great Neil Young album – that might be beyond him given the speed he works at which leaves little time for refining – but it is considerably better than many of those just “pretty good” new ones of recent decades.

A new Neil Young album worth coming back for.

There is a considerable amount about Neil Young at Elsewhere starting here. 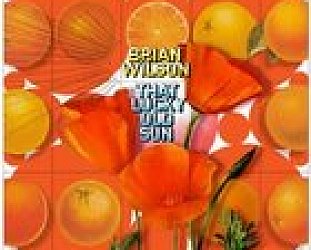