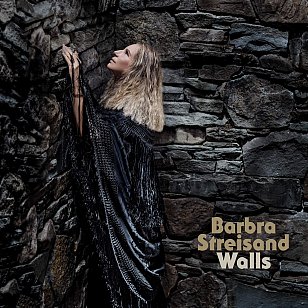 Despite what many might wish to think, President Trump has actually managed to achieve a lot in his reign . . . like inspiring 76-year old Barbra Streisand to start writing her own songs again.

As we noted previously, this remarkable voice has mostly been in the service of other writers but every now and again – and far too infrequently – she has written her own material.

And with Walls – the title alone loaded with meaning in the Trump era – she addresses the America around her, and what is going through her thoughts.

The opener here is What's On My Mind and the follow-up is Don't Lie to Me, both of which she had a hand in writing (the former with Carole Bayer Sager among others). Later there is a Desmond Child song Lady Liberty.

It isn't all hurt because there is healing too in her segue between Imagine and What a Wonderful World, the Bacharach-David classic What the World Needs Now and right at the end, although it goes back to 1976 from a Leonard Bernstein/Alan Jay Lerner musical, is the emotionally freighted Take Care of This House.

The closer is the Depression-era Happy Days Are Here Again which she sang on her debut album in '63 (deliberately delivered here as if unable to convince herself), so this album is something of a song cycle for the times from sadness as to what America has become to a faint flicker of optimism and hope for better times.

Now, let it be conceded that for many people La Streisand (as she is sometimes called) can overplay the emotions and deploy that magnificent voice in a way which can seem bombastic. And yes, that does happen here at times.

But there is no doubting her genuine passion when she sings “sometimes my eyes just want to cry, how did we come to this divide. . . one for all but millions left behind . . . the cries from distant shores, fall on ears to deaf to care, how can people turn away while lies pollute the air” on What's On My Mind which takes the form of a lament.

Don't Lie to Me is equally sad but as it rides a clever beat and hits a pop chorus it becomes more affirmative in the face of “all that we built has come undone, how do you sleep when the world is burning?”

In songs like these and the wrought treatment of Imagine/What a Wonderful she is tapping into that liberal ethos of the world she grew up in when it really did seem that racism and inequality would become a thing of the past. And yet now?

Oddly enough Lennon comes to mind here more than once: obviously with Imagine but he also wrote the bitter How Do You Sleep?, had an album Walls and Bridges (Streisand writes in the liner notes of her hope that “we will somehow find ways to build more bridges than walls”, his sentiment also) and so on.

In the cover art she also reclaims the image of the American flag from the right wing nationalists (it is the flag of liberals too, right?) and evokes what the Statue of Liberty means in Lady Liberty.

The message in Take Care of this House makes it a standout for its timeless metaphors and her delivery.

Yes, if you always thought Streisand could be overwrought then there is a bit of evidence of that on Walls to support you. But accepting that is her style – more at home on a Broadway stage than in the pop charts – this is as fine an album as she has done in more than a decade.

And dammit if that isn't an exceptional septuagenarian voice (and production) here.

Trump of course won't hear any of this – does he hear anything he doesn't want to hear? – but if he did he'd probably write Streisand off at yet another Hollywood liberal.

She was, of course, born, and grew up, in Brooklyn.

Next door to where he was born in Queens. 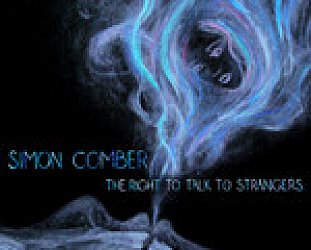