To click that it's the great Smokey Robinson in the backdrop of the lovely and yearning Al Green-influenced Make It Better here might seem a little strange, especially when the vocal by Anderson.Paak is about how he and his woman used make love at the drop of a hat but now things have changed.

Some might consider Smokey's presence here just a bit creepy, especially given he's 80 and A.Paak talks about going to a motel, getting into new sexual ideas and so on.

But the fact is that Smokey's voice is just an echo in the backdrop and A.Paak's reflective, melodic ache about trying keeping the love together again is a sensitive if overtly sexual affirmation of a relationship he doesn't want to lose.

Smokey went there too, a long time ago of course.

And producer/writer A.Paak is so smart he knows exactly how to place this track in the overall setting on this soulful r'n'b/hip-hop album which also includes tracks with the equally great Lalah Hathaway on the slippery Prince-funk of Reachin' 2 Much; Brandy on the addictive hip-funk of Jet Black; Andre 300 (of Outkast) with deliberately silly, rapid rapping on the classic soul-referencing ballad Come Home (yearning Prince-cum-Philly soul) and . . .

Anderson.Paak also channels in the voice of the late Nate Dogg on What Can We Do?

This is one of those typically name-heavy collections with four or five writers on call for each of the 11 songs, and about 10 producers (including Pharrell) in total credited.

Yet the amalgam of old'n'neo-soul tropes alongside the contemporary production are what bind it together as a collection of (mostly) warm tracks, and that album title which alludes to California freights in the whole easy vibe.

These songs cleverly morph into different shapes in their duration: Check the absurdly retro Reachin' 2 Much which sounds like at least two discrete songs pulled into a very smooth Seventies soul vibe with disco'n'chipping wah-wah guitar.

Four decades on and glitter-ball music comes back, without too much re-tooling.

It's not all good, there are earnestly flat spots when this tries to say something beyond the artists' reach and gets reduced to muddled faux-politics and a social conscience(Yada Yada) but just as often he gets it right, as on King James: “We’ve been through it all, though it could be worse … there’s nothing new or sharp about the cutting edge” which then goes on to mention The Wall and our children shot dead in the street and such, all to a harder funk beat.

It speaks of a A Movement and the need for love, and the urgency of the beats tells you this is serious A.Paak and maybe a more astute direction he could pursue.

If so, this album with its musical diversity, references back and into the contemporary landscape tells you that wherever he goes from here he'll be worth tuning in again for.

To its credit it is also serious fun. With good soul-funk tunes.

In the dreary, mediocre world of modern RnB, this guy is a real standout. I think his 2016 Malibu album is a future classic - the track Come Down is one of the funkiest in decades. Plus he has an amazing live show. A rare beast indeed! But he's been so prolific its been hard to keep up and the quality has suffered. But this sounds like its time to tune back in again. Thanks Graham 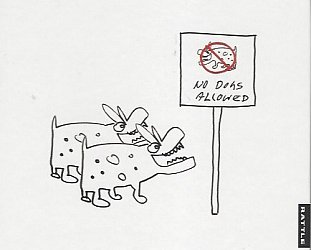 The previous self-titled album by this (mostly) Auckland jazz quartet – a veritable supergroup of Rattle artists as we shall see – won the jazz album of the year award in 2014 . . . as... > Read more