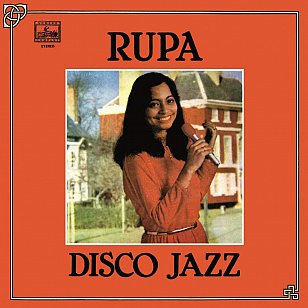 Sometimes the contents of an album are just as described by the title, as with this '82 album by Indian singer Rupa (born Sukla Biswas) who graduated with a BSc but whose auditions as a singer on All India Radio fired her with optimism, even though she was turned down a couple of times.

She was finally accepted by AIR and . . .

If only this album's story were that simple: the successful audition, a recording session, a hit album . . .

It was while visiting her brother in Calgary, Canada in '81 she sang to friends at his insistence and so impressed them that she was added to the bill for a show at the university. There she met the Khan bothers Aashish – who had worked with George Harrison -- and Pranesh (sarod and tabla respectively) and . . .

Again, it's not a simple story leading to this album.

The three of them recorded at a studio in Calgary and when she went back to India the brothers with percussion player Frank Lockwood, guitarist Don Pope and others embellished the four songs which were shaped and extended into a genre of disco jazz with dance beats and Pope's guitar parts.

Needless to say the album appeared and disappeared almost simultaneously (in India it was released in October '82 during the religious holiday of Durga Puja) and she had to go and buy her own cassette copy.

And that was it: she married, had a child, worked as a textile engineer and a sometimes freelance journalist, her husband died and . . .

She occasionally performed but her album was forgotten until some of her music was used in the Bollywood film 30 years after its original release.

But it wasn't until seven years later – in February of this year – she discovered an unlicensed reissue from 2017 on the internet and that the track Aaj Shanibar had enjoyed more than a million plays on YouTube.

And now the album has officially been reissued on vinyl with liner notes and photos.

It is an odd amalgam of her soaring and sometimes high vocals, pushing space-age synths, disco beats, busy sarod and electric guitar . . . but it all adds up to something pleasing and interesting, if hardly earth-shattering.

Aaj Shanibar at eight minutes is the easy-entry dancefloor track which exudes early Eighties disco fusion-cool but the more ambitious and sometimes dramatic side-long Ayee Morshume Be-Reham Duniya – which opens with sarod and her yearning singing – is the standout.

The opener Moja Bhari Moja is most "disco" of the four tracks (with a rapid-fire sarod passage), but damn if it doesn't sound a bit like Yoko Ono's disco-rock of a few years previous.

So, Disco Jazz is not a great lost album, but it is certainly something different . . . because in truth that title doesn't fully describe the contents.

Indo-Disco Jazz Fusion might have been a more accurate title . . . but still wouldn't have helped it sell in the early Eighties. 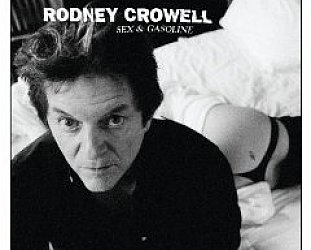 Crowell's 2001 album The Houston Kid -- hard-won narratives in passingly autobiographical songs - hinted that he was getting a late-career second wind after some pretty indifferent albums in the... > Read more