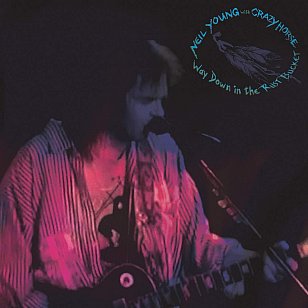 So yet another album from his bottomless archive? Hmm.

Let's be honest, there have been so many live and home-recorded albums just in the past few years pulled from dusty archives, most of which don't leave much of a lasting impression beyond their playing time.

So when we are enthusiastic it is because we are . . . well, as in this case, genuinely enthusiastic and not bowing down to The Unfailing God that some consider Young to be.

This terrific and massive live album – stretching two and half hours – includes jams on Love to Burn, Like a Hurricane and Cortez the Killer which roam past the 11 minute mark, and it opens with a free-flowing nine minute Country Home which sets the stage for country, rock and taut psychedelic guitar work.

And it is with the classic Crazy Horse line-up of drummer Ralph Molina, bassist Billy Talbot and guitarist Frank Sampedro recorded in late 1990 after the Ragged Glory album and before their tour. 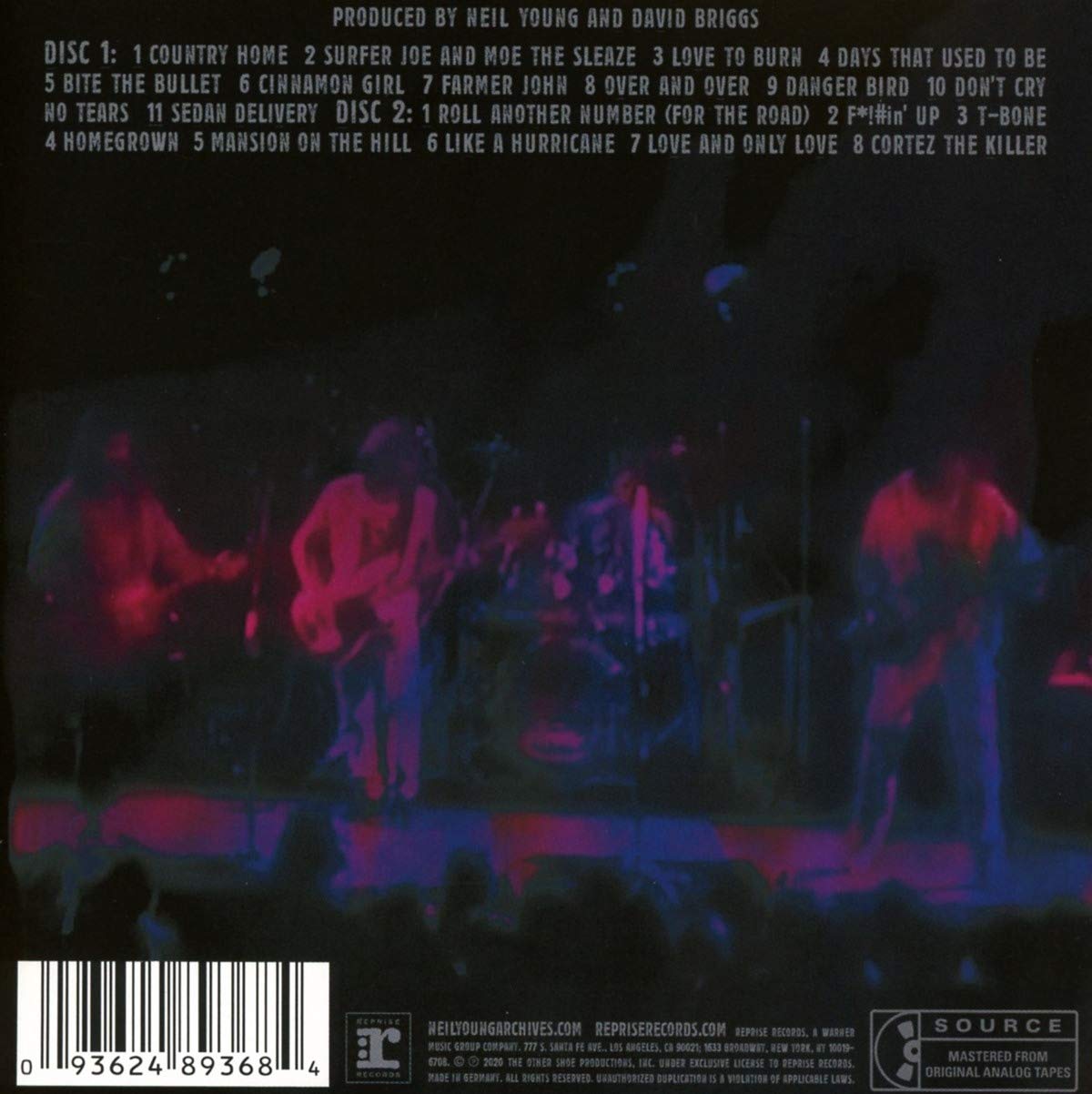 That's why it favours just about every Ragged Glory song (Country Home, Fuckin' Up, Love to Burn, the old Farmer John which was one of the first songs the young Young played, Mansion on the Hill, Love and Only Love) as well as those classics (Cinnamon Girl, Don't Cry No Tears, Sedan Delivery and others alongside those already mentioned) and some unusual choices (the extended workout on Surfer Joe and a truncated T.Bone, both from Re.ac.tor of '81).

Days That Used To Be (also from Ragged Glory) still sounds like a narrow rewrite of Dylan's tune for My Back Pages (then again Searchers fans might also recognise Don't Cry) but the strained 10 minute Danger Bird (like Don't Cry and Cortez also from Zuma) redeems it.

Elsewhere has always favoured Young's rock music over his often whiny country/folk style so this one really hits the spot.

One of the few essential Neil Young albums of the past decade.

And we missed it on release a couple of months ago because . . . well, it might have just been yet another Neil Young album from that bottomless well.

I had the misfortune of trying to interview Neil Young around this time.

There are a lot of Neil Young albums written up at Elsewhere starting here.

You can hear this album on Spotify here. Play it loud.

Thanks, this is one I didn't know existed. A treat for old ears, I loved "Weld". Thank you!

I missed it too and even more frustratingly spurned an opportunity to buy it halfprice at Flying Out last RSD. Went back the next week but too late!