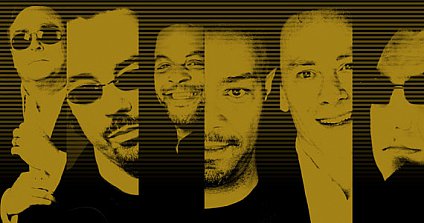 It was a few years ago now, but UB40 were back for another New Zealand tour. Well pardon my lack of enthusiasm.

It's not that, like most critics, I don't have much time for their MOR reggae. I don't, but with me it's much more personal . .

It was my misfortune to spend a day with the band in Birmingham many, many years ago. But the memory is etched into my brain.

My time in England had started well enough actually. In London I interviewed a charming and intelligent Damon Albarn of Blur, a bubbly Lulu (then on yet another comeback album) and an extremely smug Karl Wallinger of World Party.

In retrospect Blur were one album short of making the big leap, World Party were one album past their finest, and Lulu couldn't care less. She'd been around so long she was just glad to still have people paying attention to her.

To be honest that started out okay too: when the taxi driver finally found their studios in Digbeth I was met by a publicist who gave me the conducted tour of the place which reeked of dope.

I wrote "a couple of deep breaths in this place and half an hour later you'd be raiding the fridge".

Then a van arrrived to pick me up because the band hadn't appeared as expected, they were down at the pub. We drove the grim streets of Birmingham for a while -- I could see why these guys had homes in Jamaica -- and then stopped outside a low-rent looking boozer from which various members of the band emerged and climbed into the van beside me.

At which point Ali Campbell -- the one who smiles through all the videos and looks like such a nice wee fellow -- unleashed a stream of epithets about the media, all directed at me through bits of beery spittle.

Astro pulled out what I called "an unfeasibly large cigarette from some particularly private brand of tobacco" and because it was too big for him to finish it was passed around.

Campbell's mood didn't improve however and over the following 20 minutes -- which seemed much longer -- he kept up a steady stream of belligerent prattle about the brilliance of their new album (it was another of their boring Labour of Love covers albums) and rants about the media.

I was very glad when we got out at the back of a billiard hall which turned out to be their clubhouse.

Once inside Campbell went off to bang around pool balls and I sat and chatted with Jimmy Brown who struck me as a mellow and friendly guy.

He was honest about the fact that UB40 had gone from some agit-prop reggae band from the provinces to a worldwide industry with a logo, a film company, a studio and so on.

While we chatted Campbell would strut on by -- you know how little men can strut -- and unleash some other slurry juvenile comment about the media.

And so the uncomfortable day went and I was frankly glad to be away from Campbell who struck me as being volatile and unpredicatable.

Maybe I got him on a bad day, or maybe he is one of those rare guys who gets aggressive when he smokes. I dunno and I don't care.

But from that day forward I could never watch his smiling face on a video without thinking what a shit of a man he was that bad day in Birmingham all those years ago.