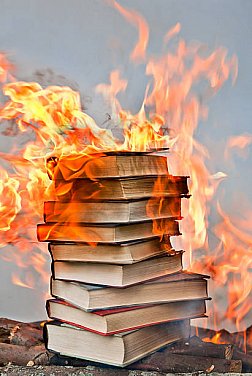 Hundreds of thousands of books have already and will continue to be disposed of by those who arrogantly presume to know what future generations might, or might not, be interested in.

This is shameful and the protests continue, but tunnel-vision minds behind this project also have closed ears.

We post here another recent piece by Bill about a gathering of writers in Wellington to oppose this national embarrassment.

We invite you also to look at the following links.

November 11th is the date the First World War ended and 84,000 New Zealand survivors learned they would be going home from war-ravaged Europe. They returned to build a better world. It’s not an exaggeration to say the devastating experiences of soldiers in both wars kindled the enlightened acquisition of some of the collections of the National Library.

These writers are gathering on November 11 because 600,000 volumes of research, art, crafts, poetry, history, philosophy, history, gender studies, ecology, ethnic studies … might be given away. Replacement value is $60 million plus. Market value “used” is approximately $10 million. Our government has allowed the asset value to be designated $ZERO.

As a result, some books will go to National Libraries in Scotland, the Philippines and Greece, but most are likely to be sold on (or even destroyed), enriching the Internet Archive (with 428,000 books) and impoverishing future New Zealand generations. 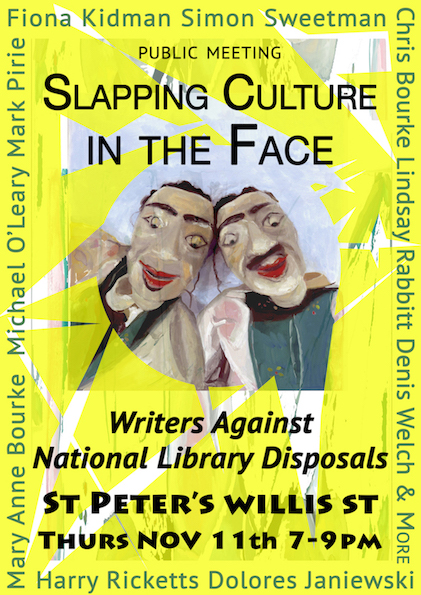 Some libraries overseas have scanned some of their own public domain books, and sent the scans to the Internet Archive to provide global access. These libraries still have their books, old and new, in their own collections. But unlike other national libraries, ours passed up all opportunities to save our books. It only wants to get rid of them. Crazy as it sounds.

The various strategies and arguments of the National Library directors have shifted with the winds. Their intention has never been the preservation and accessibility of knowledge, but ridding themselves of our books by any means. Part of that is to say they are a rotten old asset of no financial value. But the books are clearly worth at least $8 million on the open market (at an average of $20, used, each) and their replacement cost is well above $60 million.

All the hard work of thoughtful librarians, their acquisitions and curation over the past century (and more), will be undone. The National Library is descended from the General Assembly Library, founded in 1862. Some of our books threatened with disposal, and many in the Alexander Turnbull Library have drawn from that heritage. The books are part of our tradition. They are special items, not worthless, ageing assets – and their value is increasing with time.

All attempts to persuade our politicians that responsible curation of these collections is crucial for a fully resourced 21st-century national library have failed until now. These politicians, through the library’s directors, are effectively ‘legislating’ (in the philosophical sense) against our books.

Public outcry is now our recourse.

If anyone doubts the pulling power of great architecture and design to re-invigorate a city and lure tourists they need only consider one word: Bilbao. In the Eighties, this city in the... > Read more