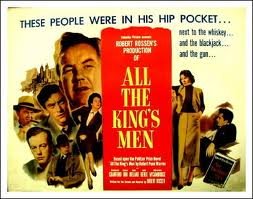 Robert Rossen’s tightly directed 1949 drama All The King’s Men is a story of the moral and political corruption of an honest hick swayed by an unchecked ego and greed for power. It is a dialogue-driven film with punchy lines that still sound sharp today, and it is shot in clearly defined black and white.

Rossen also wrote the screenplay adapted from Robert Penn Warren’s novel which in turn was inspired by shades of the populist Louisiana governor Huey Long.

The central character Willie Stark rises to governor of a backwoods southern American state with an agenda of helping his fellow hicks “You wanna know what my platform is? Here it is. I’m gonna soak the fat boys and spread it out thin”.

Stark becomes a heroic man of the people; instituting social reform, building roads, schools, hospitals – always building and filling the state with his achievements. But underlying Stark’s good intentions is a ruthless push to succeed. His accomplishments are expedited by underhand deals and dirty politicking and he sinks into a mess of corruption.

The double edge of Stark’s populist appeal is sketched out in a montage played as the opening credits roll. Hordes of ordinary folk carrying pro-Willie signs arrive by the chartered-bus load to a country rally festooned with banners bearing Stark’s aphorisms. As the theme music swells, Stark shot from behind, flanked by flames, delivers a potent speech that sets the crowd cheering, fists raised in solidarity. Photographers and a movie camera record the event for prosperity.

Or is it propaganda?

The montage sets up the question, is Stark a messiah or a demagogue, which is later explored. Ending on a precursory note, pushing her way through the crush of the crowd is Ann Stanton, the character who, in part unwittingly, seals Stark’s fate.

Broderick Crawford as Stark and Mercedes McCambridge as Sadie Burke, Stark’s political aid and mistress, both won Oscars for their performances. Stark transforms, during the course of the movie from an honest soda-pop drinker in a cheap suit to a philandering alcoholic in a monogramed bathrobe, and he has a sweaty magnetism that draws everybody into his orbit and onto his payroll.

Crawford’s rumpled face and paunchy body conveys Stark’s everyman quality that belies his driven nature and he uses small details – the narrowing of the eyes, a raised eyebrow -- rather than big showy gestures to allude to Stark’s scheming nature.

Burke is a tough, drinkin’ broad who occasionally shows moments of vulnerability. She’s a cynic and wise to Stark’s machinations: “He’ll ditch everybody in the whole world because that’s what Willie wants. Nobody in the world but him”. McCambridge plays Burke with a nervy intelligence; she doesn’t try to make a largely unsympathetic character likable, and consequently Burke is all the more interesting.

Like Stark, director Rossen came from the margins of American life. He was the son of poor immigrant Russian Jews, a street wise kid who boxed and hustled pool – activities that later provided the background for two of his films Body and Soul (1947) and the great, classic The Hustler (1961).

And he was ambitious; he fought his way to the top, from New York theatre to Hollywood screen writer to director. Politics also had a defining effect; a year after the success of All The King’s Men (which also won the Best Picture Academy) Rossen -- a former member of the American Communist Party – was blacklisted. He was depressed, drinking and diabetic, and – unable to work or skip the country like other blacklisted directors Jules Dassin and Joseph Losey – Rossen named names in 1957 for the House of Un-American Activities. 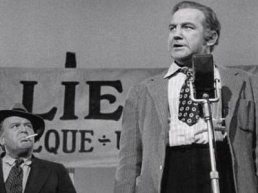 Outing his former comrades enabled Rossen to work but he made only three more movies, continued drinking and died in 1966 at the age of 57.

This story was re-made in 2006 with Sean Penn as Stark, but it is Rossen's adaptation which is by far the more powerful, in large part because of Crawford's performance. In his hands, Stark’s dramatic trajectory from hero to villain creates a moralizing message about the corrupting influence of power . . . which may seem a little heavy-handed now, a little too down-pat and tidy.

Perhaps outside the confines of the film Stark -- like Huey Long -- would be like Rossen, neither good nor bad but flawed and human. 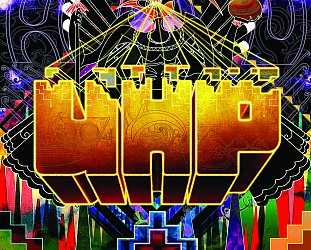 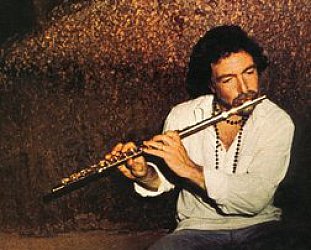 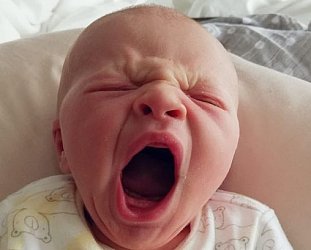