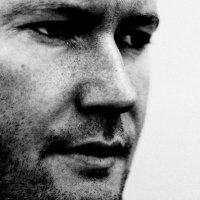 In the majority of recording situations I have been in, either by accident or design, the initial idea or inspiration for a piece of music is necessarily altered by the filter of musicians and collaborators through which it passes.

That is not to say the original thought is diluted; in many instances it is magnified. But nonetheless it is altered via the thoughts, deeds, abilities and intentions of other creative minds.

There has always been for me a sort of artistic regret in never having realised some of those initial inspirations, and I say that only for the fact that I believe that for about 10 years now I have steadily being whittling away at what for me is some form of a personal, archetypal sonic aesthetic.

It is something I catch peripheral glimpses of in the music of others. Snatches of timbre and tonality.

For me, that sound is something at once organic and synthetic, natural but impossible, simply spacious but incredibly detailed. More easily illustrated than explained.

The advent of high-end home recording technologies has, to my mind, allowed what is almost a new sub-genre of music: one where the space between an original aesthetic imagining and the ability to render it as an actuality has been minimised to the point of elimination; the last hurdle of course being creative endeavour.

Previously the prohibitive cost of commercial recording studios, not to mention session musician hire fees, have acted as a bar to the experimentation needed to approach such lofty ambitions. That is no slight on commercial studios which are worth every penny, or the staggering talents of professional musicians, but more a comment on the fact that experimentation on such a level requires a great deal of time and sometimes generates more dead ends than new horizons. And again it is filtered inescapably via other people.

Furthermore, digital recording platforms like Protools, Logic, Abelton etc, as opposed to tape-based analogue systems allow editing power unlike anything the recording process has previously been able to approach.

Through a harmonic musical heritage that spans centuries of the 12 tone scale, from Bach’s Well Tempered Clavier to sound collage artists like Flying Lotus, and in primarily the last 50 years of popular music, the modern listener has become so attuned to the basic, fundamental ingredients; piano, bass, drums, guitars, organs etc and that with the advent of synthesisers there has been a constant urge to pioneer new sounds to add to the palette.

For me, the application of powerful editing capabilities with the infinite palette of sampling, coupled with a contemporary response to the impact of traditional instrumentation allows the composer to now truly approach what I would call The Music of the Mind. 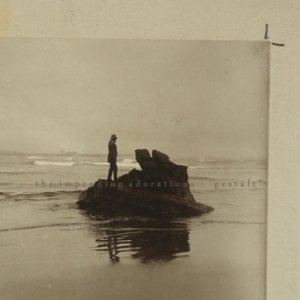 Again I can only speak from personal opinion, but for me the music of my mind is not confined to the specific tones of standard instrumentation, it is purely sound. Those sounds are sometimes realised by certain instruments but in many, if not all, cases those voices, those choices of instrumentation are approximations to what was originally an emotional resonance, a tone that found it’s basis in thought not physics.

With that in mind I have set out to capture that elusive aesthetic with my The Impending Adorations album (right) which I have released under the name Gestalt.

I am chasing a collision of sounds that is a collage of emotional resonances, the sound of memories half forgotten, an archive of regrets and dreams, the yearnings of previous youthful incarnations of us, the prospect of many years ahead and all the vast landscape of the interior that we wrestle with each moment we exist.

It shares the clarity of a dream with the sensations of our emotional centre.

Paul McLaney is an Auckland musician who has released albums under his own name and as Gramsci as well as with the Avalanche Trio. He is also one of the people responsible for this enjoyable hoax. His new album The Impending Adorations (as Gestalt) is a hypnotic and lyrical ambient soundscape and available from bandcamp here for a very modest price. 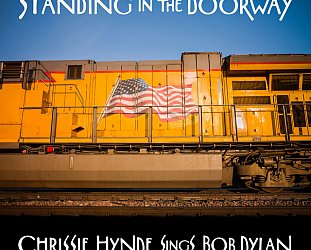