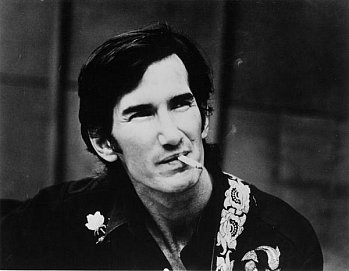 I first met Townes Van Zandt at Auckland airport in 1988. He and guitarist Mickey White were waiting on the pavement, Townes sitting on his suitcase and Mickey standing next to him. Even in that position Townes was taller than Mickey.

Townes was an artist we always wanted to tour but were reluctant based on his hell raising reputation and legendary stimulant abuse.

However he had just come out of rehab so we cut a deal which included guitarist Mickey White who would also act as sponsor.

This was to be the first of two tours I would do with Townes. One when he was clean and the next not so much, so I guess I had the fortune and misfortune to deal with both sides of the man.

With his new found sobriety we found Townes to be a total pleasure to deal with and instead of adding new stories to the legend he kept me entertained with many stories and anecdotes of his own.

I particularly wanted to get to the bottom of the long held belief that Townes was Dylan’s favourite songwriter and find out how they met.

Townes said he met Dylan in Austin but didn’t elaborate as to how that came about. Dylan asked him to bring some of his song lyrics backstage at the show that night.

When he and wife Jeanene got there Dylan was in a room with what Townes described as "a New York Lady". He gave the lyrics to Dylan who thanked him and the meeting was over.

I once posted that story on a Townes Internet site and the next day Jeanene also posted saying she knew Townes had told me that because he had actually met Dylan twice and the account he gave me was taken from both meetings.

On that tour we played Auckland’s Leopard Tavern and Gluepot, plus Wellington and Hamilton. The Hamilton show was at a small venue called Oranga Hall. One of those pin drop affairs until a couple of drunken folkies started a fist fight right in front of the stage. Townes stopped playing and watched until it finished, then laughed and said ‘reminds me of home’ and continued with the show. 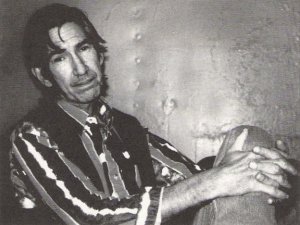 The chance to tour Townes again came in 1990. Our previous experience and his agent’s ongoing assurances meant we had no problem with him coming alone this time.

With limited time we proposed the same Auckland and Wellington shows with a rest day but Townes insisted on working every night. He had met a West Coast couple at the previous Wellington show and was impressed when they checked their baby in at the venue coat check counter. He spent most of the evening with them and so I suggested we send him to The Coast but warned him there would be no money to speak of. Townes was OK with that so we put him on a small plane with $150 in his pocket. And that’s how the legendary Townes Van Zandt ended up playing the Barrytown All Nations Hotel.

Townes said about 200 people turned up and totally ignored him so he just sat and strummed his guitar all night. A few months later in Christchurch I was confronted by a very angry West Coast lady who said Townes gambled with several locals at the show and took them for their week’s wages. Somehow she felt that was my fault.

Between sets at the Leopard gig someone asked Townes if he would like a drink. He asked for a shot. I saw him take a sip from the glass and then go back on stage leaving the rest of the drink behind. That was the only time I ever saw Townes drink alcohol.

The scary part was that when he returned to the stage after that one sip he had adopted a whole new personality.

His song choice became very dark and his between song patter extremely erratic and at times unintelligible. That’s when I realised we were dealing with one very disturbed individual. Fortunately nothing came of it and he seemed fine until his last show at the Gluepot.

I hadn’t had contact with Townes all day and he was nowhere to be seen at sound check time. He finally turned up an hour late having been on a bender with singer Al Hunter. He had the same look as the Leopard gig.

When I took him back to his hotel he pulled out this horrible brown sequined jacket that he used to wear on stage. He asked me if I liked it. I said yes but he kept hassling me until I finally told him I thought it was shit, just to shut him up. He then told me that his wife had made the jacket and he was going to tell her what I said and she would come down here and deal to me.

At the gig Townes played his first set without incident but in the break he said he wanted show opener Greg Fleming to do another set before he went back on. It was late Monday night with around 400 people waiting for Townes so I told him to go back on stage. He took offence to this and the Leopard Tavern demon appeared again. My most vivid memory is of Townes a couple of inches away from my face saying ‘do you butt fuck boy? I know you do. I can smell it on you” 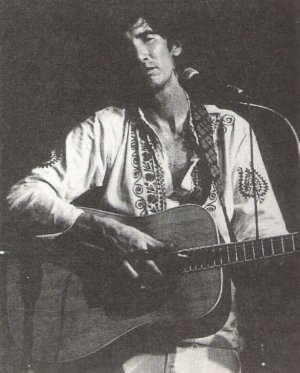 Finally I’d had enough and told him he could run his own fucking show. I went to leave and he started screaming at me about how I dared talk to him like that so I said that as far as I was concerned he was only half the artist Guy Clark was and on that note I beat a hasty retreat.

I decided to wait downstairs in the Corner Bar to deal with the angry punters who I expected would be chasing me for a refund. After about 20 minutes no-one appeared so I snuck back upstairs to find Townes back on stage performing as if nothing had happened. Later when I went into the band room he came up to me in a very humble way and said, ‘Are you still pissed with me Kevin?”

I said, ‘No Townes. I’m not pissed with you’, then I dropped him back to his hotel, where he said he had really enjoyed the tour and hoped we would invite him back sometime.

That was the last time I ever saw him.

I finally got to put it all into some kind of perspective a few months later when we toured Billy Joe Shaver.

When I mentioned Townes to Billy he just laughed and said, ”Aw, Townes Van Zandt’s full of shit.”

Elsewhere has an interview conducted with Townes Van Zandt just before his 1988 tour here. There is more on Van Zandt at Elsewhere starting here.

In the mid Nineties he set up his own promotions business KGB Promotions and he is currently continuing to organise tours, do artist management and acts as a local agent for Australian promoters. He left Auckland for Wanganui in 2000 to be close to favourite music town , intending to move towards early retirement . . . but continues to promote and now concentrates mainly on songwriting (see here) and playing the odd gig.

A great bunch of guys no doubt. I listened last week to Willie N singing Marie. What a sad sad beautiful song...

I met Kevin a number of times through his Gluepot gigs ...He did a Tour with John Prine and we all ended up at a late night café/bar on Ponsonby rd after the Gig There was another Notorious gig with Screaming Jay Hawkins at the Gluepot ....and the "Incident" that happened would make another interesting story..