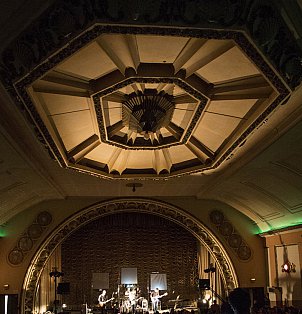 Some weeks ago when Elsewhere wrote about the singer-songwriter Jamie McDell's show at Auckland's Crystal Palace picture theatre, photographer Garry Brandon not only took the excellent shots of the performance but pointed his camera-eye at the cinema itself.

The Crystal Palace is one of the last remaining suburban cinemas and has had a long history as a music venue.

For many decades the ballroom beneath the theatre (which holds about 750) was a magnet for dancebands and their audiences, and longtime MC and performer Merv Thomas was considered almost the artist-in-residence.

Today the old ballroom is a venue of a different kind, it is The Lab recording studio.

The cinema itself was built in the late Twenties and in the old lobby -- the original layout it would seem -- there are framed photos of the architects' drawing and a photo of the exterior taken some time in the Thirties (at a guess).

It seems it was originally called The Hippodrome Theatre, but generations have only ever known it as the Crystal Palace, a much more exotic name. 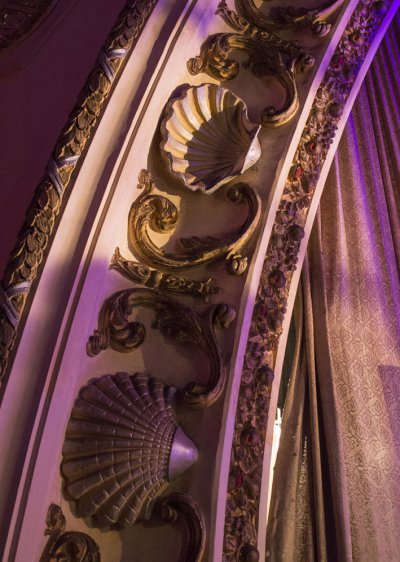 In the Sixties it was renown for screening surf movies (The Endless Summer and so on) but also Saturday afternoon matinee sessiosn would draw local kids to see newreels, a serial and -- after intermission -- the main feature.

For the past few decades the cinema -- which is so much larger than most in the city -- has been the place for Bollywood and other Indian films.

It could do with a lick of paint perhaps but it still has the magical ambience of a grand old lady, albeit a rather fading dowager.

But when the right lighting comes up you can easily see the details of the craftsmanship and be transported back to those days when adults dressed up to go the motion pictures . . . or those wet Saturday afternoons when hundreds of shouty, laughing kids bought Jaffas from the Nibble Nook at the entrance and rolled them down the gently sloping floor to the front (where in the early Sixties the front five rows cost ninepence and the rest a shilling). 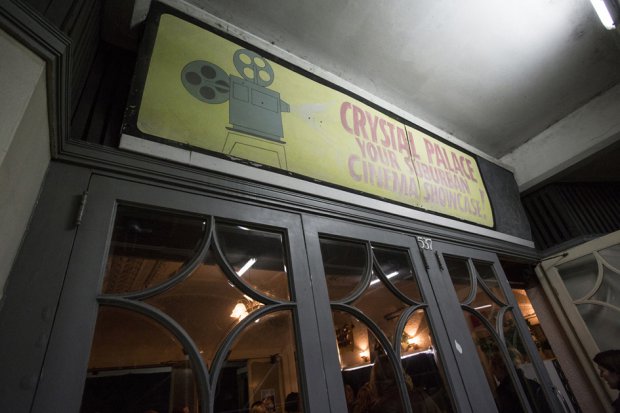 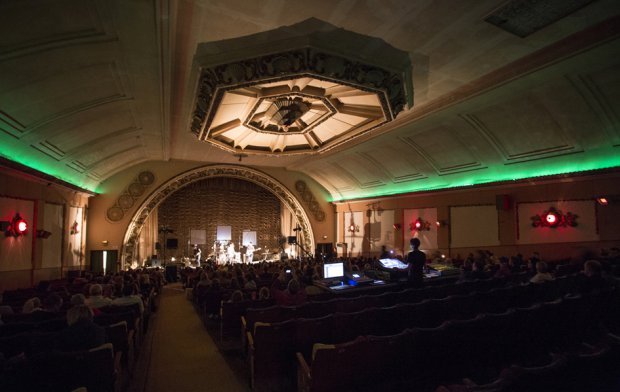 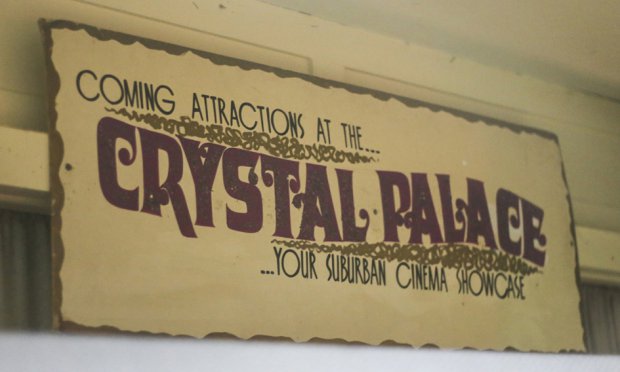 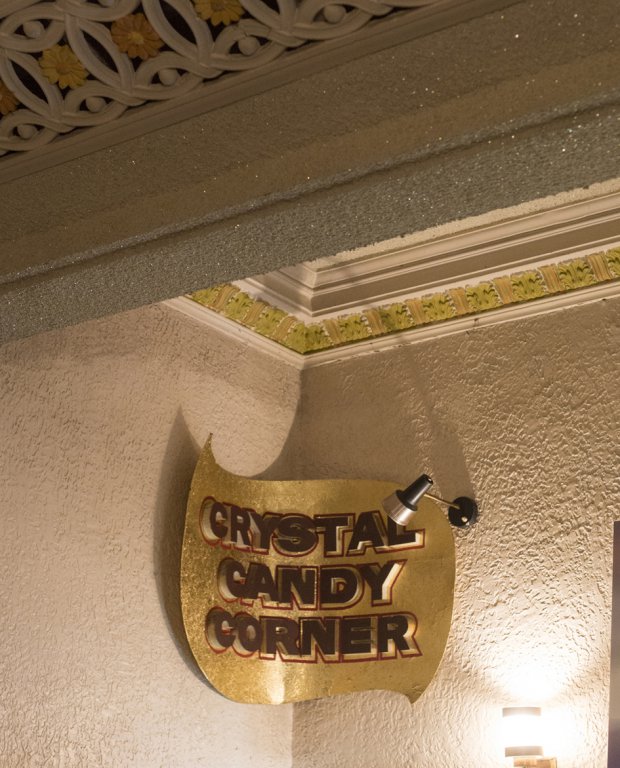 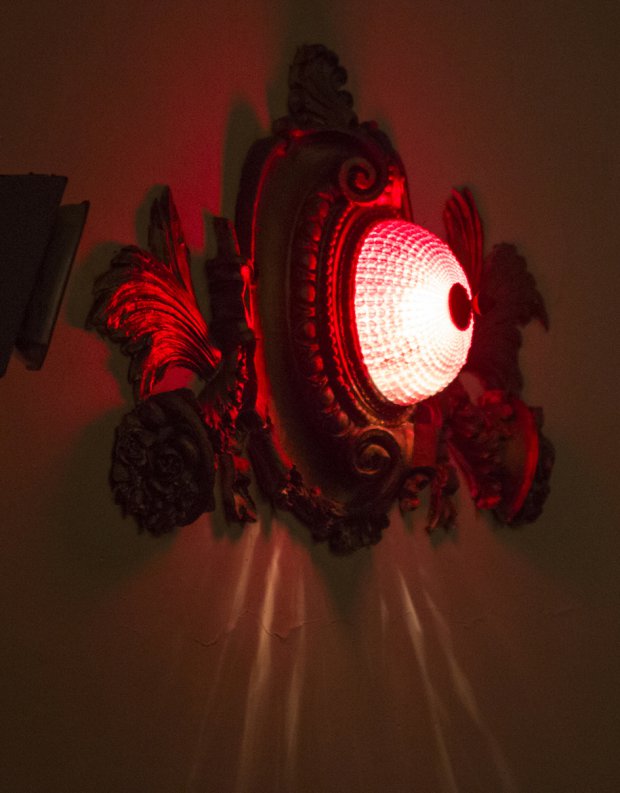 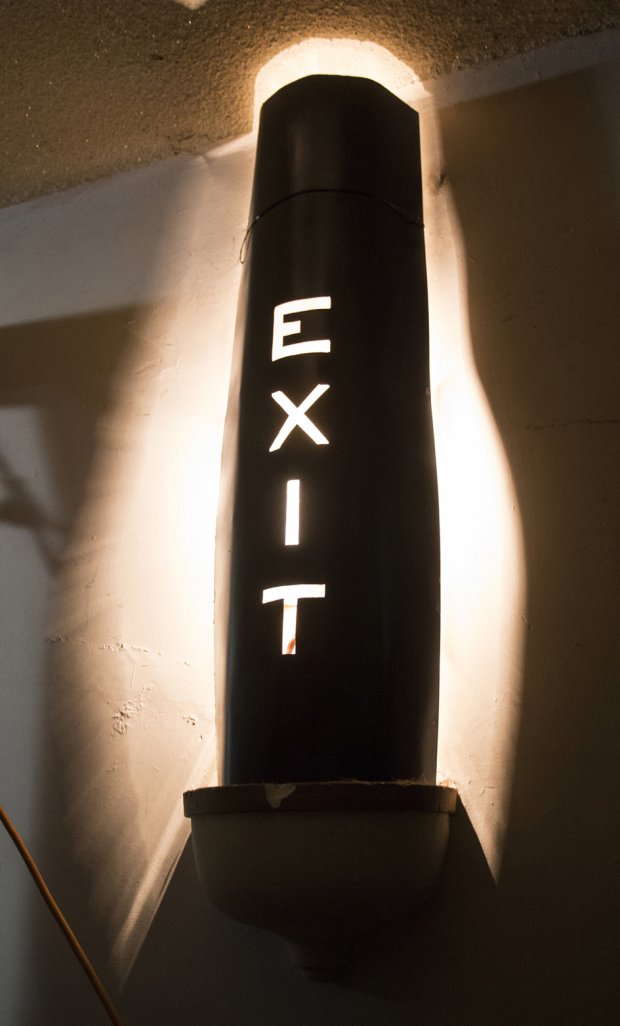 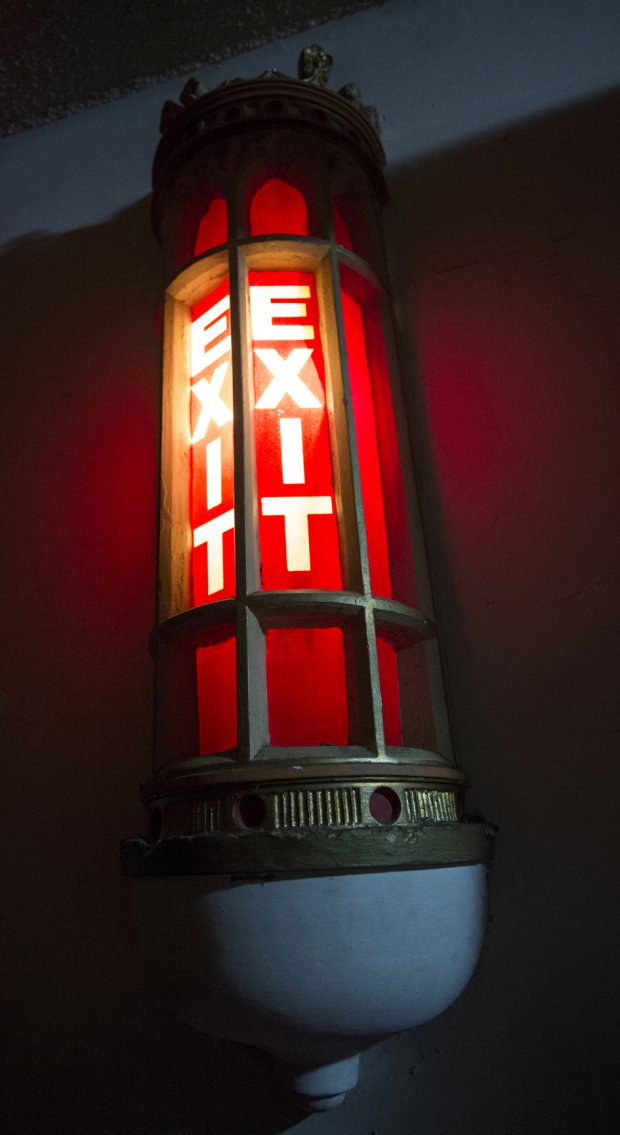 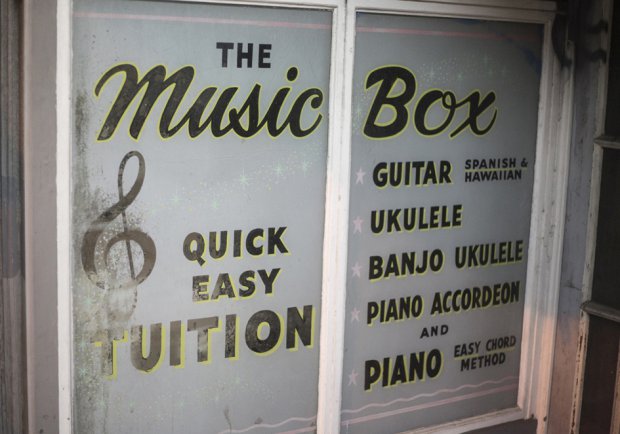 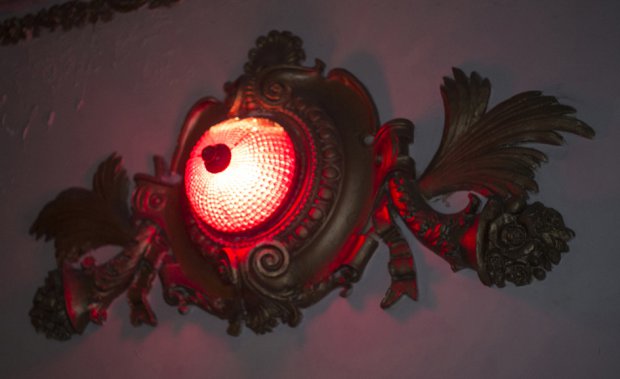 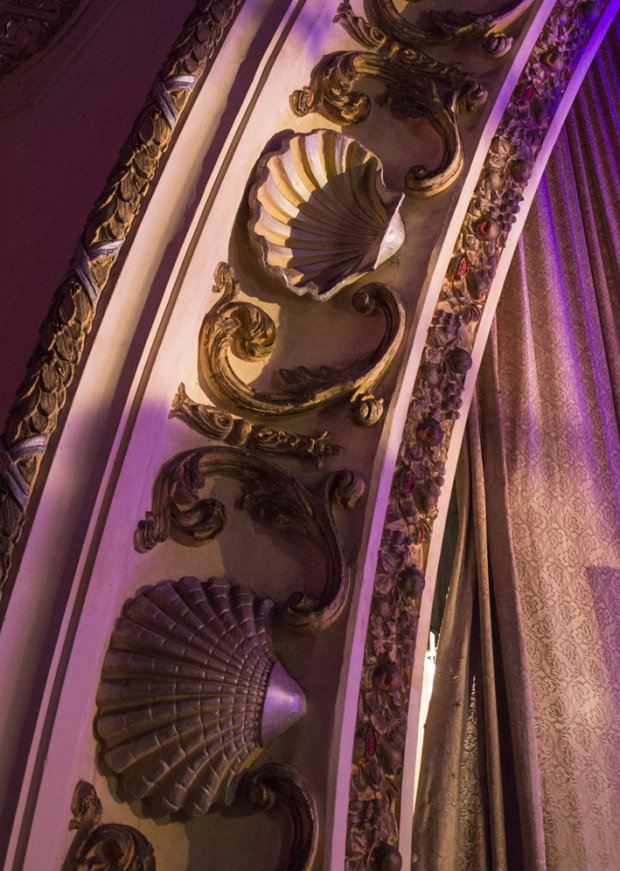