Julian Reid is a musician, graphic designer and photographer who has lived in London for over 10 years.

This week he went to Athens on business.

He reports that "it is a weird situation here. Sometimes it feels very nornal (apart from the large ATM queues). However last night we heard big protests. It seems it could get ugly."

He offers a selection of street views from a city at the centre of the Greek financial crisis. 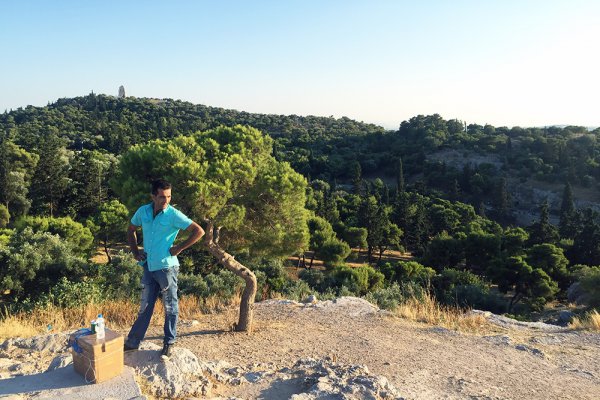 Julian Reid is a former Auckland musician (Braintree, Stayfree Carefree) and filmmaker who has worked in graphic design for two decades. His website which includes music, photography and video is here. His photo essays from various parts of the world are here, his YouTube channel features short films (here) and there is a graphics showreel here.

He previously appeared at Elsewhere with a photo essay of street characters in South London. See here.

I have just returned from 2 weeks in Greece. I avoided Athens, and traveled around the Peloponnese Peninsula . There was a "it is out of our hands" attitude in the villages. They are resigned to their fate, whatever it may be.
Personally, I have always felt, to make a currency without a country work, is a big ask.