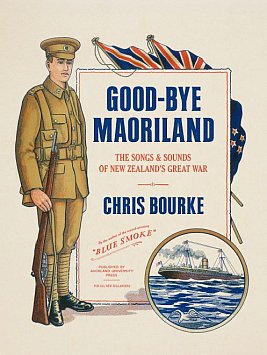 Editor's note: Chris Bourke is a writer, journalist and radio producer who in the past was editor of Rip It Up, arts and books editor at the NZ Listener and for many years produced the Saturday Morning show on Radio New Zealand fronted by Kim Hill and John Campbell.

He is the author of the excellent Crowded House biography Something So Strong and more recently the peerless Blue Smoke; The Lost Dawn of New Zealand Pppular Music 1918 - 1964. He also edits and oversees the important and ever-expanding website of New Zealand popular music audioculture.co.nz

His new book is Goodbye Maoriland; The Songs and Sounds of New Zealand's Great War. As with Blue Smoke it is an exceptional work of scholarship, musical and social history, wonderful and terrible stories, and highly readable as it opens our eyes and ears to the past. It is also, again like Blue Smoke, beautifully illustrated.

It is with great pleasure we publish here with his permission an extract from the first chapter Say Au-Revoir But Not Goodye.

ON THE STEPS of Parliament Buildings in Wellington at 3 p.m. on Wednesday 5 August 1914, the Earl of Liverpool – Governor of New Zealand – raised his right arm. The 12,000 citizens who had quickly gathered for the occasion reacted with an ‘instant silence’. With deliberation he read the morning’s telegram exchange between King George V and himself, about New Zealand’s ‘self-sacrificing’ offer of support for the ‘Mother Country’ in the Empire’s ‘time of trial’. 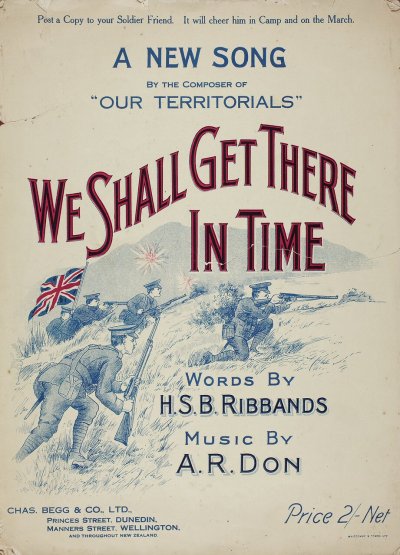 The Governor then announced that a short message from London had just been received. After a dramatic pause, he read out a cable from Lewis Harcourt, the Secretary of State for the Colonies: ‘WAR HAS BROKEN OUT WITH GERMANY. HARCOURT.’

The gathering responded with ‘Cheer after cheer . . . . All was enthusiasm and emotion.’ The Prime Minister, William Massey, stepped forward and called out for three cheers for the King.

‘They roared from every throat.’ Members of the crowd called for more cheers: for the Prime Minister, for the Governor. ‘Someone called for three hoots for the Kaiser. They were given vehemently enough.’

The crowd – ‘as if moved by a single desire’ – stood to attention and sang ‘God Save the King’. More speeches followed, including one from Sir Joseph Ward, leader of the opposition, who fully supported the necessity for war. Older men and women in the crowd were seen wiping away tears but, almost as one, the gathering broke into ‘Rule Britannia’.

Then, like a stuck gramophone record, they repeated the national anthem until the Governor left in his car. The crowd slowly dispersed. ‘The gage of war was taken up.’

THE BELIEF that the outbreak of war was greeted in New Zealand by a ‘great wave of enthusiasm’ took many years to be questioned. 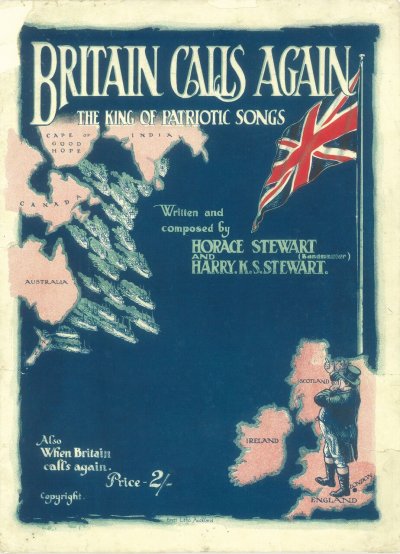 Certainly, contemporary accounts of the public expressions of support – and their use of music to make them – emphasise rampant flag-waving to the accompaniment of the national anthem.

In the five years before the war, pacifists and opponents of conscription and compulsory military training had been holding meetings and demonstrations, hoping to promote united resistance to militarism in the Empire’s farthest outpost.

But there is little evidence of music being used to express the pacifist viewpoint, and such overt displays would have been imprudent once hostilities began. The conscientious objector Archibald Baxter later wrote: ‘I met in the most unexpected places people who were definitely opposed to the war, and people who had doubts, but fear usually prevented that opposition from being at all effective.’

As part of the British Empire, New Zealand was ipso facto at war with Germany: the country only had control over how it participated.

The public enthusiasm in New Zealand for entering the war was similar to that in European countries, ‘though such displays may not have reflected the feelings of the general population’, writes Ian McGibbon, who suggests that the public felt ‘a passive acceptance’ that it was the country’s duty to be involved.

A large majority of New Zealanders supported the war, feeling they were ‘kith and kin’ with the British, proud and privileged to be part of its Empire, and also with some economic self-interest in keeping open the shipping lanes to European markets. The ostentatious displays of support – many of them featuring a musical element – were, as Hew Strachan described the British response, just ‘the conspicuous froth, the surface element only’.

Information on the images above:

Written in 1915 by Harry Ribbands and Archie Don of Hastings, the message of ‘We Shall Get There in Time’ is not as craven as its title suggests. It uses puns to exhort recruits to help the Empire, while also vowing to “catch the Kaiser”. Alexander Turnbull Library, Wellington.

Britain Calls Again: the King of Patriotic Songs’ by Horace and Harry Stewart was performed at the Auckland Town Hall on 18 November 1914, three months into the war. Music Heritage New Zealand Trust. 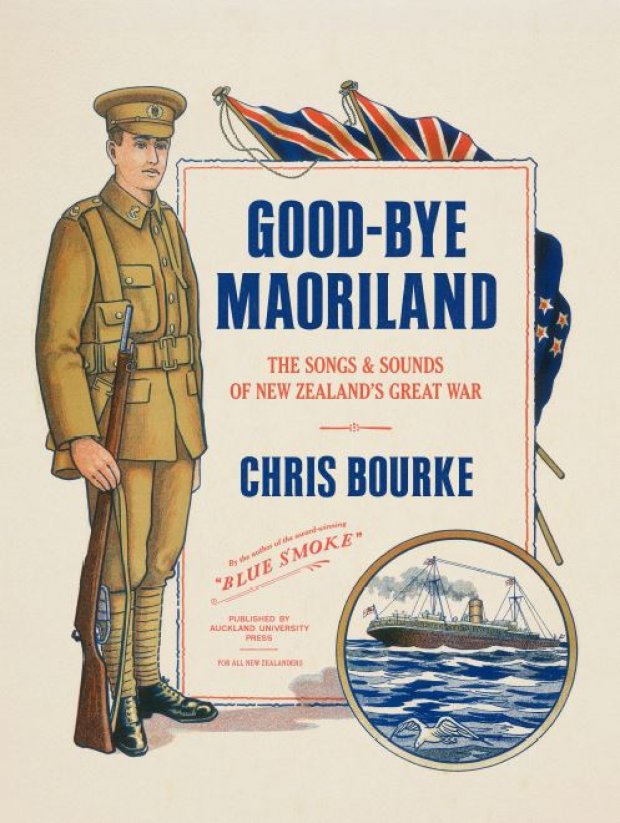