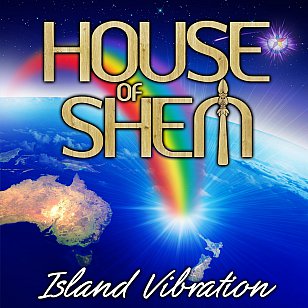 The obvious here is that House of Shem deliver little more -- I'd actually say absolutely no more, and possibly less -- than reggae cliches on a musical and lyrical level ("gotta move along together, hold on tight to each other . . . unite").

This dreary, obvious and emotional black hole of an album is no more than cruisy barbecue music, albeit very well played.

So yes, you can take nothing away from the musicianship on display here, but toss over the top lyrics which sound like a Powerpoint presentation of reggae/Rasta imagery coupled with lovers rock (Babylon/brighter day/unity/Jah love/all I need is you) and you have an album which sounds as if it was conceived as being coated in emotional Teflon.

The vaguely interesting parts arrive when this forgettable hour-or-so sometimes connects with the Pasifika/Maori suggestions of its title (although even Ruia's contribution sounds a wasted opportunity on Tahuri Mai Ra over the generic grooves which are endemic here).

As with the last Katchafire album -- also up a blind alley but enormously popular -- the reggae tropes are here in pleasingly populist abundance . . . but actually there's very little going on.

Except perhaps if you are having a barbecue and you'd like to talk to your guests.

Believe me, this won't distract your attention.

Want to hear better than this? Then try here.