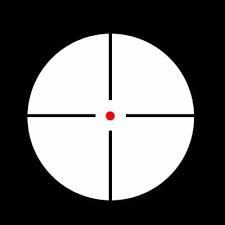 In an interview with Elsewhere in advance (well in advance) of his two concerts in New Zealand in 2014, the conversation with Steve Earle turned -- as it usually does with him -- to politics.

After some to and fro about various issues of homelessness and such, I asked him why he had the same touchstones in his lyrics (Guthrie, Kennedy, Kerouac) and if they symbolised something in America which he felt had been lost.

He answered that question, then turned specifically to the assassination of John F Kennedy in Dallas on November 22, 1963 which at that time was 50 years ago.

Elsewhere has been to the Texas Book Depository -- where there is now the John F Kennedy Museum -- and has its own belief about the plausibility of Lee Harvey Oswald being the sole gunman on that day, allegedly shooting Kennedy from a vantage point in that building.

"I think the world might have been a better place if Jack Kennedy had lived because I think he would have stoped the Vietnman war, even though he kind of started it and amped it up. But he was getting ready to pull the plug.

"There are people who believe that's why he was killed.

"I grew up in Texas and I don't have any guns anymore. I got rid of them all on purpose and I've changed my thinking about that. But I grew up in that gun cultre.

"I don't believe that one person killed Jack Kennedy because I killed something like 17 deer – all of them with bolt action rifles – before I stopped hunting, that's between the time I was 12 and maybe 37 or 38. And I promise you, no one made those shots from that window.

"I've been there and looked out and i've killed deer with a similar rifle and i'm tellin' you, it didn't fuckin' happen.

"But in this country it's like almost everyone . . . You know, I didn't know anyone who believed just one person killed Jack Kennedy when I was growing up. And now everyone believes it.

"I know pretty hard left-wing journalists -– by our standards –- that have accepted the Warren Commission's finding verbatim . . . because they feel they won't have any credibility and no one will take them seriously if they don't, and espouse something else.

"I find that quite sad.

And let the discussions begin. The finalists for this year's Vodafone NZ Music Awards to take place at Spark Arena on Thursday November 4 have just been announced. We bring you here the... > Read more