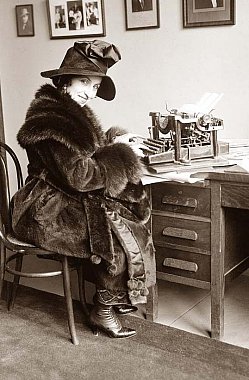 Some months ago I was invited to judge the Reviewer of the Year category for the Canon Media Awards. The awards ceremony was last night and I have been asked to post here the comments I wrote for the judging panel. I make some points about the reviewing process which may be of interest to general readers.

It is common for judges of any award to note how difficult the decision was. Just because that is cliché however does not render it any less true, especially in the case of this category.

Up for consideration in Reviewer of the Year were columns – adopting diverse tones and approaches – on popular and classical music, poetry, films, professional and amateur theatre, coffee, television, restaurants, books and architecture. 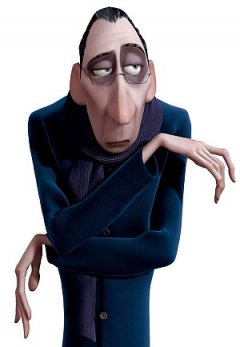 Some of the entries however were less reviews than interviews or overviews which were light on critique, and too often reviewers simply retell the story. This seems especially prevalent in book and film reviewing.

And although there is some inventive, sharp and descriptive writing in restaurant reviews (Sarah Wall in Cuisine) the template is familiar and for most writers unwavering: some scene setting, a little background and ambience, then a chronological account of what was on the plates, often ending with something about going back soon. Often they too are simply retelling the story.

Space is the crippling limitation for most reviewers: applying an informed opinion in 150 or 250 words to a considered creative work (which may have been years in gestation and execution) necessitates a shorthand but also, too often, the work is decontextualised. Everything becomes a one-off, uncoupled from its past or peers.

Some do very well with the short form – Gary Steel at Metro and Matthew Littlewood of the Timaru Herald – with reviews which are consistent, opinionated and informative given the limitations of space.

Online reviewing – which presumes an extremely short concentration span --- has it even worse.

Work of lasting merit is treated the same way as tweets. Here today, gone by lunchtime.

The constraints of editorial space rarely allow for a critique which opens up a discussion. Most reviews therefore are closed worlds.

In a well-judged piece, Simon Wilson of Metro used a book review to ask why so few literary writers contribute to magazines and newspapers.

The book review (of a collection by an American writer) became a consideration of the landscape of contemporary writing in New Zealand in which “serious writers” felt journalism was beneath them. The review was the vehicle for a consideration of something much wider, and of course dear to his heart as an editor.

Perhaps this was editor's prerogative however, it was more than three times the length of another book review he submitted.

But here was reviewing which was about bigger issues.

Diana Wichtel at the Listener also uses television reviews to tell us more about the idiom than a simple programme review. The consistency of her writing – full of humour and astute observations about human folly as much as that of the fiction television offers us – is rare. She has a feel for the medium and its often unrealised potential, and is also prepared to call programming into account as in her piece about the rising tide of graphically violent shows.

I have however chosen two equal runners-up whose reviewing works within the constraints of space.

Their writing shows an ease and assurance, they know their subject and bring insight, intelligence and wit into play. Each understands their readership and does not talk down to it, each in his own way lets that informed opinion come through with confidence 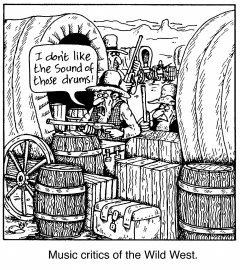 At the Listener Rod Biss' writing about classical music is outstanding for its clarity, placement of works within their social, historical and musical context where required (without overplaying his hand, thus reading like a Wikipedia entry) and confidence. He is an assured reviewer and commentator in the traditional manner, but lets a wealth of experience be enjoyed by his readers.

And Russell Baillie at the Herald brings similar qualities to his writing about rock music and films, notably those movies at the blockbuster end of the spectrum. He almost made me want to give Gravity another go.

His concert reviews of Neil Young and Wilco show a breadth of knowledge, and an astute ear and eye for detail, and offer witty critiques with some clever wordplay.

Biss and Baillie write in a way which is direct and engaging, even if the subject matter is not within the reader's experience or interest.

In a tight field any of these previously mentioned reviewers could have picked up this award because while their subject might seem written for a specific audience, the manner in which they write is inclusive.

But the winner I have chosen is working an area which is an important and hitherto unaddressed area of commentary and critique.

Last year Metro introduced a new review column, Chris Barton writing about urban design and architecture. Barton – a longtime journalist who has a masters degree in architecture – reviews in the broadest sense, he writes about the landscape of urban design at a time when it could not be a more pressing debate.

Architecture is the most public of the arts, and as Christchurch grapples with rebuilding itself, Wellington faces serious social implications with earthquake strengthening, and Auckland seems not to know what to do with its heritage buildings, public spaces and urban development this is a column which is necessary. 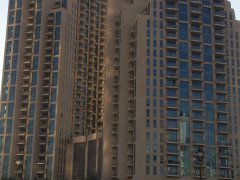 Across the country the debate on heritage buildings and urban design is exercising individuals, community groups and local government.

Barton brings lucidity, commentary, insight, informed critique and blunt no-side opinion into his writing. It is engaging, considered and does not resile from provocation.

He writes about a specific building in one, about the desolation of downtown Auckland's public space in another, and how history and memory remain in the bones of old buildings . . . which negates the appalling excuse that façadism pretends to offer. These are hard hitting, rigorously thoughtful but engagingly written columns.

Another piece was about Auckland's Unitary Plan which Barton considers from the perspective of the heated discussion around it. To me this read more like a column than a review so for these purposes I did not count it, but lines sings off that page because they are emblematic of what his review column is about: “Why do we have theatre and movie critics, and book, music, TV and food critics, but no regular equivalent in mainstream media to critique architecture and out built environment? . . . .unless we are regularly talking about our built environment, something so fundamental to how we live, we are not going to get very far . . . new building is mostly discussed in our newspapers as merely real estate, with no critical appraisal”.

So having had their ground staked out, Barton's reviews are not in the traditional and familiar manner of opinionated reportage, but rather aiming for something different by way of commentary and critique.

This is reviewing in the broadest sense, it is informed opinion discussing specific works and ideas, contextualising them, and stimulating debate. It is also in the public domain as opposed to within the closed world of architecture journals and all the more necessary because of that.

Barton's is an innovative and important column, and redefines the notion of reviewing into something larger than simply addressing the event or artefact, whether it be a theatre production, book, CD, exhibition, an entree or a film. This is reviewing which resists the closed conversation.

Barton writes about the bigger picture and is given an enviable amount of space in which to do it, a factor which other editors might consider when looking at the high quality of review writing they have available to them but which often gets shoe-horned into corners.

The pay-off for readers of Barton's column is informed and provocative reviewing of design and architecture, and the place it occupies in the world in which we live.

I have written an essay previously entitled The Role and Responsibilities of the Critic. It is here. There is also this short radio interview about being a critic/reviewer.

A incisive critique of the critiquers(?) Graham. Thankfully there are some reviewers who stand head and shoulders above the general mass of mediocrity. I find this particularly, in agreement with you, so in book reviews. As an avid devourer of books I feel disappointed, and at times cheated, when I read a review. So often they are no more than a review of plot rather than a thoughtful, insightful and honest critique. The reviewers that stand out for me are the ones who through their own words challenge and inspire me to read the book , especially when it is a genre I may not normally read or a book have read and given up on , only to be encouraged by the review to re-visit it. Great stuff.