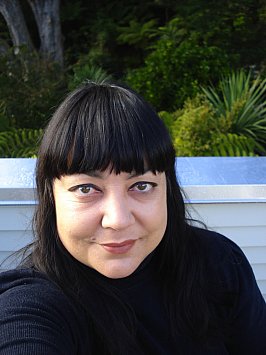 No one has ever been in much doubt that the music business is very much a business. It revolves as much around money and contracts and management and copyright as it does the songs at the heart of it.

For young musicians — and even some senior players like Billy Joel who has been burned numerous times — negotiating a pathway through it is like breakdancing in a minefield.

The music industry in New Zealand is maturing at a fast clip and the annual Music Managers Forum and the New Zealand Music Summit – both of which occur this month, see details below — are where musicians, managers, music students and the curious — can get information, assistance and advice from those in the know.

Teresa Patterson — who worked for major labels before moving through publicity and into management — has been a prime mover behind the MMF and the NZMS and here shares ideas about what drives these events . . . and how important they are to those preparing to enter the music business, either as artists or managers.

I never knew anyone who said they wanted to leave school and be a band manager, but I knew plenty who wanted to be in bands. I'm curious, is there some kind of commonality among people who are managers?

They say that about music journalists.

You find that many managers have come from other parts of the industry, they might be ex-record label people like myself, Scott McLaughlin, Lorraine Barry or Paul McKessar . . .

As somebody who comes from a record company background you know the problems in dealing with musicians so why would you want to get that much closer. What is the attraction in being a manager?

In my experience going from a label to becoming manager — and I had an intermediate step of being a freelance publicist — it meant for me that I could choose the artists I wanted to work with, whereas at a label you had to work with whomever you were told to, those who were signed to the label.

So I had control over who I wanted to work with and for me it was the organisational aspect which I quite liked. You have to take this creative being and help organise their career.

About 20 years Neil Finn said to me that we had enough musicians in the country but we didn't have the infrastructure and we needed more managers. When you got into management seven or eight years ago . ..

(Laughs) Probably 15 years ago with the Have. I started working with them on Rockquest and then it was Carly Binding and Blindspott were my next two.

It's still the same though, there are more musicians these days however because it easier and more affordable to make music nowadays. And people have seen you can take your music to the world quite easily and they've seen local musicians having worldwide success. So there are a lot more people out there trying to be musicians but we definitely have a lot more mangers than we did five years ago.

But we still don't have enough.

That's why I am involved with the Music Managers Forum, because when I started out as a manager I had Campbell Smith as my mentor and he let me ask every dumb question there was. I'd come from a label so I didn't know anything about live music, what a DI was . . .

He patiently sat through my dumb questions and helped me learn, and so that has always been my idea with MMF. It is part of the International MMF but I just wanted there to be an organisation where we could offer the training, the education, and place where people could ask questions. We have general seminars which people can come to but we also have mentoring where someone can sit down with a mentor or series of mentors, and talk about an issue or talk through something like putting on a tour. 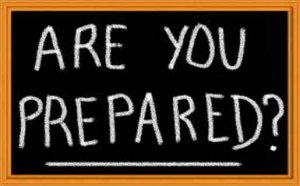 There's someone out there who is 22 and their friends in band ask that person to manage them. That person could come to the forum people for advice?

Sure, that's what we do. We've done that on a variety of things, whether it is helping a new manager talking to experienced managers about touring the UK for the first time and asking what contacts they have or what publicists they could use. We have a whole range of things.

And people are very happy to share those contacts?
Yeah, it sounds surprising but they totally are. It's fantastic that people are so generous with their knowledge and contacts.

What is the single most important quality a manager must have: is it infinite patience, the ability to negotiate, that they don't take no for an answer . . .?

It's hard to name just one. You need to have a good knowledge of the industry and have patience and a thick skin because you'll be knocked back. So you have to be tenacious and not taking no for answer or knowing how to get around that hurdle.

You also have to be completely in tune with your artist so you can hep them on many levels, like creatively through to releasing the music.

Nowadays a manager takes on many different roles. When I started and definitely when I was in labels you had so many elements to your team. But today with labels not taking on artists and there being so many more independently released artists and not that many booking agents or promoters, the manager is the one-stop-shop for your artist in every aspect of their career, from the publishing to getting together the tours, the photo-shoots, press releases, bookings . . .

I tell people don't do it. (Laughs)

As a manager have you seen it as your role to tell a musician under your care that they've written a lousy song and they shouldn't release it, or do you keep right out of that creative process?

It's different from artist to artist and probably from manager to manager. When it comes to the choosing of singles I do offer my opinion because I am an ex-label person and I'm quite strong in that process, and in the set-up of an album release. Because I did that for 10 years for major labels. But it does differ from artist to artist.

There are a few self-managed artists around like Tami Neilson, Mel Parson and Nick who does Hopetoun Brown. It that possible to do for a band, or is that something only viable for a solo artist.

I guess it possible for both but it would depend on the individual in the band who is the manager because it could be difficult in a band situation separating yourself out. It adds a whole workload onto an individual which could create issues.

I think Tom Larkin did it for Shihad for a while.

Yes he did. But look what he went on to do because he is obviously of that make-up. He went on to manage other bands, run a studio and be a producer . . . so he had the skills.

You mentioned something before, that it is easier to make music these days. But it's also never been harder to get it heard because so many people are out there competing. Is that what the Summit can address, to give people pathways?

It's not specifically a seminar topic but there is a little bit about that with the streaming because that is such a highlight nowadays, with sites like Spotify. If you look at the latest Recorded Music figures, streaming has overtaken CD sales and if you get on one of the playlists it can make the difference between 5000 streams and 50000. Within the role of publicity then definitely a blog is important and can help people break through the music clutter that is out there. And you can get on Hillydilly then that can make all the difference.

Do young musicians actually need a record company these days?
That is one of the topics of the seminars!

My university music students are quite understandably bewildered by the business, all the mechanical royalties, copyright issues and so on. When they look at it from the outside it seems incredibly complex, but is it more simple once you start the pathways?

It definitely is, that's why the MMF is so essential for people wanting to learn about the music industry. We can help navigate people through the difficulties. Like anything, once you investigate it more it so much easier. 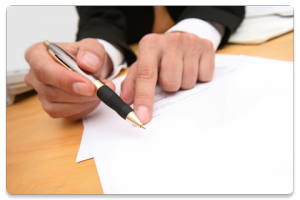 I'm like this too, the second I hear the word “lawyer” I can also hear the ker-ching of the cash register and there goes my money. That puts young musicians off when you tell them to take a contract to a lawyer. Is having a lawyer read a contract expensive or can be done in a way that suits the young impoverished musicians.

Unfortunately it is expensive, but it is essential. If you are going to sign on the dotted line a contract that is going to make such a difference in your life you do need to get expert advice. As you get more experienced you can look over basic live contracts and the smaller ones easily and you get to know what should be in there and what you can take out.

But with any major contract you need to have it checked because there could be things which could be detrimental to you financially or would tie you down for too long. I can't recommend highly enough that people get lawyers.

We now have specific entertainment lawyers who know what all this about of course.

And the MMF can help a young manager by recommending lawyers to talk with?

Yes, absolutely. And we've got student rates for the Managers Forum, usually it's $100 a year but we've got $50 a year for students.

We're way better than the government.

For details on the NZ Music Month Summit on May 28 in Auckland (entry is free but you need to book a place) go here.

For details of the Music Managers Forum go here. 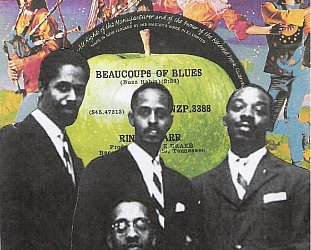