For the past decade New Zealand singer-songwriter and guitarist Andrew McKenzie has been out front of the rocking alt.country outfit Grand Prix (currently not operating) -- but at the very end of 2010 he released a solo album under his own name The End of the World.

And it is very solo -- he plays just about everything on it (a little help in a couple of places) and Elsewhere was very impressed. And we should tell you it is available as a free download from Arch Hill.

The theme to The Magic Ball, a kids tv. cartoon; otherwise In My Life by the Beatles

Blue gun by Jean Archer and the Skirmishers; First Born One by Dan Dowling; Idiot Wind by Bob Dylan. [The Archer and Dowling tracks are posted at McKenzie's Facebook music page]

The entire recordings of Grand Prix 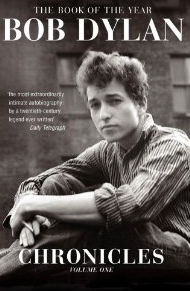 Hitler – My Old Man’s a Dustman by Lonnie Donegan

Paul Revere and the Raiders, Best of

"I spend too much time in front of the mirror" on the back of my calf.

Sitting in a traffic jam, trying to get out of debt.

This is my best album ever because all the others were crap.

For more responses to the Famous Elsewhere Questionnaire go here.