Melbourne's Barons of Tang are one of those groups who hit heads, hands and feet. They deliver up an intoxicating brew of gypsy melodies and rhythms with a post-punk rock attitude. "Gypsy deathcore" they call it. You can check out their very special danceable solution here.

The band is currently on a New Zealand (see dates below). Bassist Julian Cue took time out to join the galaxy of stars to answer the Famous Elsewhere Questionnaire.

The Swamp of Sadness, which appears on the Never Ending Story sound track. It’s an electro synth dirge, and when I was little I’d cue it up on my parent’s record player and cry. I was an emotional child.

I used to love Lenny Kravitz when I was 11 which is pretty cool I guess. Remember back then he had those awesome dreads and that whole vintage 70’s sound going on, which I thought was so cool. I even had a pair of flairs but they were always so uncomfortable I never wore them.

I’ve got to say that as far as popular music goes, I’m a big fan of all of the above, apart from Madonna after that American Pie cover, yikes... I like to think music is not a competition, I think most musicians get into music because they’re crap at sport.

Oh I’ve had tons of terrible day jobs. So I think it’s safe to say that “shitkicker” would be my fall back career. But if you’re talking about dream job then maybe just something out doors, like a tree doctor or Llama whisperer or some such.

Abduction by the Tango Saloon. A great gypsy/tango/flamenco band from Sydney, they are quite amazing. Anything by Alamaailman Vasarat from Finland. They have two cello player and a guy who plays the Tube-axe which is a contra bass saxophone. The Swamp of Sadness as featured on the original Never Ending Story soundtrack.

My walls are covered with the Barons of Tang tour posters, we’ve usually got some left over after a tour so I’ve got to do something with them.

I’m addicted to Kurt Vonnegut at the moment. He doesn’t write specifically about music, but he’s got this great way of talking about humans as if you’ve never met one before. And in that context it all seems so absurd. Music included.

Hmmm.... Melt Banana from Japan. I’m not really sure what we’d play but it would be fast and loud. Maybe I could be a back up dancer.

This is a tricky one to answer without sounding egocentric, let's say Charlie and the Chocolate Factory, Holy Mountain and Tremors (starring Kevin Bacon). 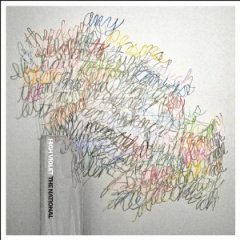 I’ve recently been listening to a lot of the National. Their album High Violet is the last album I bought. Also Calexico and the Walkmen.

A decent collection of books is a must for any bedroom.

A unicorn exploding out of a robot panther.

It’s a concept album, really progressive stuff. It’s so out there, it’s not even written or recorded yet but we’re going to release it anyway. I think the world's ready.