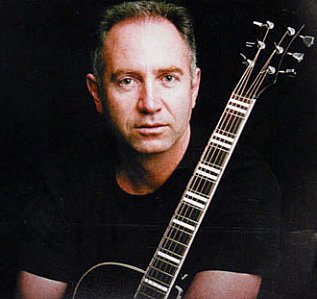 Singer-songwriter and guitarist Warren Cate has released four albums under his own name since the mid Nineties -- bristling with rock'n'roll firepower and great songs -- but for his new venture he and longtime bassist/guitarist Andrew Buckton (also of Delta and owner of Auckland's Studio 203) teamed up with drummer Mike Franklin-Browne (Pluto, Nightchoir, Stereo Bus) and guitarist Grant Wills for regular weekly rehearsals in a private studio every Wednesday night throughout the winter of 2010.

Out of these sessions - "one song per night and we don't stop till we got it" -- came the material for their album under the name Known Associates.

That album, Penny Love, was cut live and direct -- no overdubs and just one vocal added later -- and captures the band at their raw but considered best.

And as they prepare to launch the album Cate takes time out to answer the Famous Elsewhere Questionnaire.

The first piece of music which affected you was . . .

David Bowie & Alice Cooper  …… alright …. maybe I did like Bachman Turner Overdrive  for a wee while ( definitely embarrassing ) .

Lennon and the  Ramones still rule in my world Tom Moon: 1000 Recordings To Hear Before You Die. I hope I find the time to hear them all.

Right now,  it would be Wilco and I’d play anything they’d let me .

The three films you'd insist anybody watch because they might understand you better are . . ..

Just bought Foo Fighters' Wasting Light on CD ……. downloads suck till they stop compressing down to crappy mp3 quality (come on guys, people are paying for this shit)

The poster, album cover or piece of art you could live with on your bedroom forever would be . . ..

Album Cover – The Clash, London Calling . . . right next to a poster of Yogi Bear 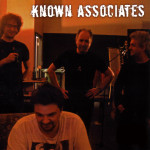 I’d get my band Known Associates on the road, along with wives , guitars , kids , drums , cats & goldfish. We’d follow the summer round the world along with our biggest fan, a Russian billionaire who just wants to hang out with us and fund the trip – maybe come home for Xmas each year .

I’m a songwriter - “ the older I get , the better I get” – something to remember in our youth obsessed culture. 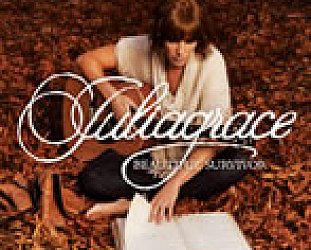