On paper Delaney Davidson and Marlon Williams (the latter of Unfaithful Ways) have very divergent taste as you can see below, but put them together in a recording studio for their Sad But True album and something unique happens.

The album – on the newly established Lyttelton Records label – is subtitled “the secret history of country music songwriting” and delivers classic-sounding country with some rather dark corners.

They cover Rev Gary Davis' Death Don't Have No Mercy and songs by a few others, but their own co-write Bloodletter, Davidson's Demons Claws and Williams' Heaven For You are firmly in the tradition of moody country or Hank Williams' heartachers.

Davidson's gruff baritone and Williams' powerful and melodic voice in the upper registers make for some pitch-perfect counterpoints and harmonies which still manage to sound burred around the edges.

Sad But True – which comes in limited edition vinyl – is also subtitled Volume 1 and that is very good news indeed.

Davidson and Williams take to the road on a short tour (dates below) in support of this album and – when you consider their divergent answers to the Famous Elsewhere Questionnaire – you'd love to eavesdrop on the conversations in the van.

Delaney: The Jaws theme really got into me when I went to see Star Wars and by complete accident I saw the trailer to Jaws. Life changing….

Marlon: Duran Duran's A View To A Kill. For some reason

Delaney: Fiddler on the Roof...Tevye the Milkman I used to copy by dancing on top of the speakers to the record of Tradition I had. My Dad had some huge speakers I could climb onto with a chair. I also went to Lou Reed when I was about 4. I remember the song How Do You Think It Feels.

Marlon: See above, don't really know what that's about...

Delaney: Lennon AND Jagger, Ramones, Madonna, & Jacko. Who the fuck is Jay Z?

Marlon: Lennon usually, Ramones definitely, neither, Jacko till 1986 and Jay-Z from 1996

Marlon: Silent Passage by Bob Carpenter, Night by Jackie Wilson and Hymn To The Virgin by Benjamin Britten

Delaney: I got a black and white polaroid of me holding Johnny Cash's guitar with the guy who made it, he also had the first fretboard from Bill Monroe's mandolin.. I smelt it…

Marlon: Adam McGrath of The Eastern gave me a shred of Joe Strummer's t-shirt...

Marlon:  I don't read too many music bios but really enjoyed Will You Miss Me When I'm Gone?, the story of The Carter Family

Delaney: I had a dream once I was in a tiny bar and saw Hank Williams playing live, He was so close and felt so electric.. like some charged punk.. So that would be great to be a part of. But if I could choose anyone at all it may be Otis Redding at one of those first European Tours that he did OR Miles Davis’ bebop years.. but I don’t think I would be able to play anything.. just stand there staring…

Marlon: I would've loved to have duetted with Charlie Louvin after his miscreant brother drank himself off the road...In The Pines Marlon: Be Here To Love Me, the Townes van Zandt doco, Utu, and One Eyed Jacks.

Delaney: Happy Birthday to You

Marlon: Cold, Cold Heart. It's gotta be a Hank song

Marlon: The Sacrifice of Isaac by Caravaggio

Delaney: My lap steel tuning on the inside of my wrist.. I always forget it…

Marlon: I have just one already. It's a clock with no hands

Delaney: Travelling round playing Music. What else? Is that a trick question? 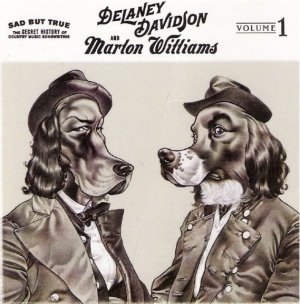 Marlon: I wouldn't change much, I'd probably hide in my house playing music and drinking.

Delaney: The taste and choices made are unsurpassable, leaving nothing to be desired in term of personal satisfaction, or guaranteed outstanding achievement. Aside from this our beliefs and wishes are uncompromisingly well met in the traditions we desired in this. The album that holds a mirror to life!!!! Genius.

Marlon: Because it's o'er brimming with classic country songs!

THE SAD BUT TRUE TOUR DATES 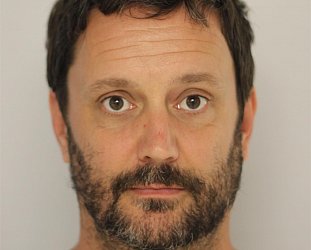 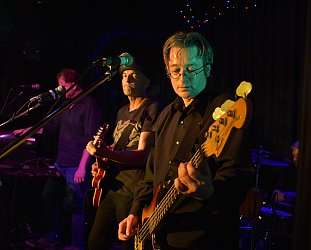 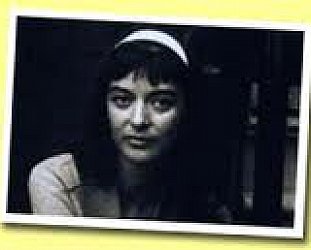