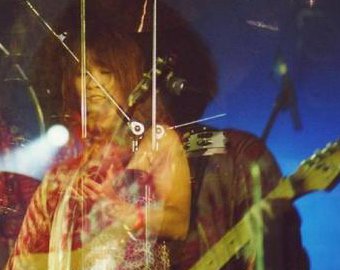 Okay, a rather different series of answers here because obviously Ken's first language isn't English and he had to run most of this through some kind of English-Japanese translation machine.

But here the mainman behind Tokyo's cosmic space-rock outfit Marble Sheep – which he has helmed since the late Eighties – answers (most of) our Famous Elsewhere Questionnaire in advance of the band touring here in January 2013 (dates below).

There is an interview/profile of Ken Matsutani and Marble Sheep already posted here, but these answers add to the picture.

The cause for me to become absorbed in rock n roll was T.Rex. At the beginning of the Seventies I listened to T.Rex on hit chart radio. Of course, I love the Rolling Stones, Pink Floyd, Led Zeppelin and Jeff Beck. But No.1 was T.Rex for me and still is now!

I got guitar when I was 14 years old. I played New York Dolls and Kiss songs. For me, T. Rex and Led Zeppelin were too difficult to play. Even now, I cannot play them. I don't have any target band. I know that what Marble Sheep can play and can't. But I am always fighting our limit. If you need our total image....Rock'n'Roll Sun Ra. When we visited in Europe, one music journalist said about our sound it was the New York Dolls plays Pink Floyd. I like that.

If I can't play rock'n'roll probably I would be suicidal or homeless..

It's very difficult to find three songs. Velvet Underground, Syd Barrett, T.Rex. They are my all time favorites. Mambo Sun (T.Rex), Satellite of Love (Lou Reed) and Us and Them (Pink Floyd)

They are the three songs tonight. Miles Davis and James Brown, I love their music,too. 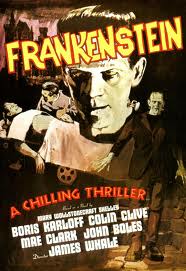 Blue Cheer, What Doesn't Kill You, this is the last Blue Cheer album. I was a friend of Dickie Peterson. I organized Blue Cheer's live shows in Japan, 1999. It's very sad, he is gone now.

I can not make hit song. But when I must play a song 10,000 times I will not make mistakes!

Marble Sheep has a special designer friend [Hayato Nobuoka]. Basically we ask him for our art work. So yes, in my bedroom have some Marble Sheep photos, which are from overseas friends that they send me.

I am getting too old to get a tattoo. Marble Sheep has no tattooed people, although I don't know sure. I didn't see their inside their underwear.

Five years, it's a great song, I love it, but it doesn't fit the Marble Sheep image. When we the get chance we would like to go and play Marble Sheep songs. It's the same as Tokyo and overseas. We are playing Marble Sheep songs since 1987 and we are always searching next for something to happen. So in the future it's e same. We just need a stage to play on. 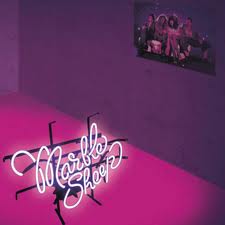 I don't know if it's the all-time best for now but I recommend Marble Sheep/Purple and Green. They are twin albums. Purple is full of Seventies golden rock'n'roll feelings and Green has Seventies psychedelic feelings: jam, avant-garde, improvisation, stoned feeling.