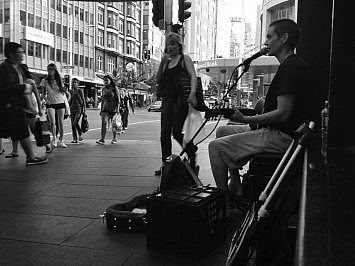 Singer-songwriter Sam RB is probably seen by more people than most others in the country. She busks regularly on Queen Street, and it was through that she self-funded her second album Queen Sreet Acoustics.

But don't let the title fool you, it isn't some lo-fi thing recorded on the street but a smart, sensitive and mature studio album which comes with some excellent assistance (see review here).

On the back of this new album and her visibility we thought it time Sam RB answer our Famous Elsewhere Questionnaire.

I didn’t grow up with much access to secular music, so I’m struggling a bit to answer this. I do remember stealing my father’s Bob Dylan (Masterpieces 1976) bright orange cassette tape…didn’t have anything to play it on but was drawn to it and still have it on the shelf, next to my small guitar pic collection, in my music room. In my last year at primary school I recall sitting in the back row of class and singing Boy George’s Karma Chameleon with my friend David and never wanting to do anything else. It wasn’t until my first year at Otago University that I really connected to a piece of music though, and that was when I came across Sinead O’Connor’s second album – I Do Not Want What I Haven’t Got - and simultaneously feel in love with her, her music and the buzz cut!

Awe that’s easy, Kris Kristofferson, what a dude! Sunday Morning Coming Down - as a young girl it always felt strange singing ‘I shaved my face and combed my hair’, but I stayed true to the lyrics! On Queen St I wuss out a tad and sing ‘I cleaned my face…’. Wonderful song!

I don’t really listen to music much, shameful I know. But I love singing Lennon songs on Queen St. I had a Nirvana album once, but I think I bought it cos I thought it would make me cool and I liked the cover art. It didn’t. I pride myself on being uncool now, and seem to be succeeding in that regard.

It’s taken me 21 years to get back to my music after being denied it, so I would pay to see someone try and take it from me again. My 2nd choice though would be painting or driving a truck.

Before You Leave (Mary Gauthier)

My busking set up is my world - my AER compact 60 and Mini Maton Diesel are my babies. I’m a little partial towards my guitar pic collection too and off course there’s the stolen Dylan tape cassette.

I only really started reading books, as in novels a couple years ago, prior to that my mind was too chaotic to be able to read. So I think the only music book I’ve ever read is ‘I’m with the band’ by Mike, Jeremy & Barney Chunn, a good read, especially for me as an indie muso.

Mary Gauthier, she’s got soul and she’s a mean guitarist, love it. We’d play some of her songs that I play on Queen Street – e.g. Mercy Now, Empty Spaces, Before I Leave…and one of mine, maybe 23 Queen St, with Christelle Berthon on harmonica…or Falling and Mike Chunn could join us on bass! I’d also fully dig getting on stage with the Topp Twins – I met them on Queen St while I was busking one winter and they were very kind and supportive, good people.

I can only think of 2 movies, maybe because I’m normally busking outside movie theatres not watching them. Both were wonderfully moving and still stay with me - Nell (1994) and The Insatiable Moon (2010).

I bought pretty much all of Mary Gauthier’s albums at her one off show in Auckland in 2011, she signed them for me and was kind enough to take my debut album that I practically forced on her. I was wowed by Patty Griffin's Mary while watching a re-run of Sons of Anarchy, and downloaded it along with Up to The Mountain and I Never Give Up.

One song, royalties for life, never have to work again. The song by anyone, yourself included, which wouldn’t embarrass you in that case would be . . .

It may be a cliché busking cover, but the one song that connects to people on Queen St consistently well and has consequently sold many copies of my debut album, is Leonard Cohen’s Hallelujah. Oh how I wish I’d written that. Sometimes the people that stop to listen, pick up my debut album, read the track list, see Hallelujah is not on it, put the album back and walk on, LOL. 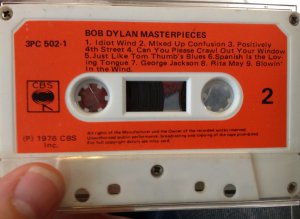 I’m not cool enough to even begin to answer this question…but I will try - maybe a ‘Bob Dylan - Masterpieces’ poster to hang next to the shelf that the tape cassette sits on.

I’ve always wanted a tattoo, several in fact, but my inability to be decisive has me both tattoo-less and unable to answer this question, 14 out of 15 ain’t bad tho eh?

Busking on Queen St and meeting wonderful people every time I play…and selling lots of albums so that I can eat and keep on doing what makes me very happy, songwriting and performing my songs. And then when the temp gets down round 13 degrees, travelling to summer in another part of the world with Cath, borrowing an AER compact 60 and busking and meeting people there! 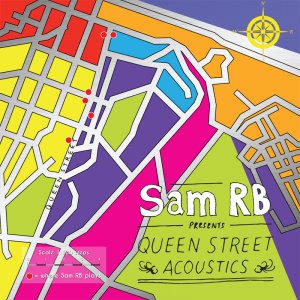 I spent two years developing and funding Queen Street Acoustics on Queen St. The songs are unique in that they were influenced by the interactions of the people I met each night I played.

I literally took songs in one direction based on a positive response from people, and another when the connection was lacking. This album is my best album ever, and I’m very proud of it and grateful to Andrew Buckton for his gifted musical input and production. I have ¾ of album #3 written and am looking forward to getting on with funding it on Queen St. 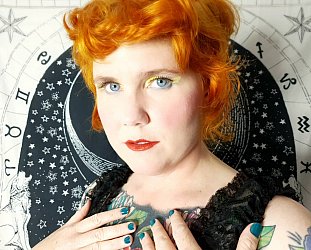 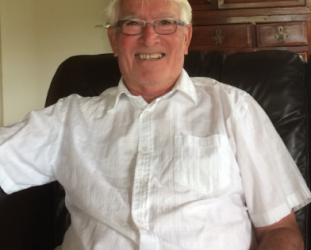