Sometimes you wonder if certain people had any choice other than to be a musician. For folk singer Amiria Grenell it runs in the family. Her father is famous country singer John Grenell (formerly John Hore in Sixties) and he with his wife Deirdre ran the Whitecliffs Family Music Festival in Canterbury for 14 years.

Three of Amiria's older brothers also play music and she has performed at numerous festivals and been part of Fly My Pretties.

She has released two albums: Kapowhai in 2006 and Three Feathers, which won the Tui for best folk album in 2012. Her third album, Autumn, comes out the day before she does a short national tour (see dates below).

Time then to pass her our Famous Elsewhere Songwriters Questionnaire . . .

You Can Call Me Al by Paul Simon.

The Spice Girls. I won their CD, wanted to be Sporty Spice even though I didn’t play sport. I knew all their songs in those first years. I then moved on to Jewel, Bic Runga, Tracy Chapman.

Lennon-McCartney, Katy Perry (because my daughter and I dance around the lounge to some of her songs!), Michael Jackson, Johnny Cash. I always start with a guitar part first, then hum/sing along to find a tune, then the words come last.

Warren Maxwell. I recorded my latest album with him, and one day I’d love to go back to Featherston and do some songwriting workshops with the master!

Hmmmm , perhaps one of my favourites: This Must Be The Place by Talking Heads.

“Footsteps on the dancefloor…remind me baby of you” – Womack and Womack – Teardrops. 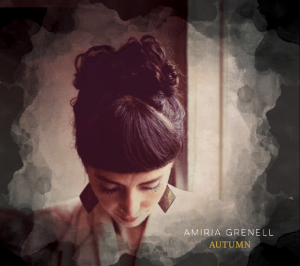 I’m in a drought of writing at present, as the album release is taking up most of my time, as well as being a mum and working… but usually Inspiration wins over perspiration! :)

Fallen From You from my album Three Feathers was one of those. It was really strange.

And finally, finish this couplet in any way you like: “Standing at the airport with an empty suitcase at my feet . . .” (You are NOT allowed to rhyme that with “meet” however)…

“Wonderin' if you were behind me, dancing in the streets.”