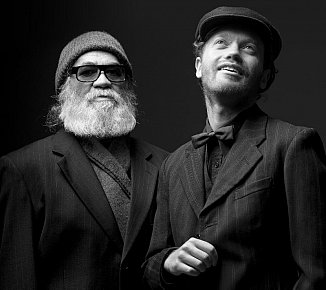 Mara TK is a son of legendary New Zealand guitarist Billy TK and one half of Electric Wire Hustle with David "Taay Ninh" Wright. Their debut album Love Can Prevail got excellent reviews at home and abroad last year . . . and at Elsewhere. It was nominated for the Taite Music Award and set them up for more touring, taking their soulful electronica to the world.

Their new EP Aeons comes with a contribution from Kimbra and at the launch they also had bottles of their own (rather pleasant) Aeons label gin as part of a relationship with Rogue Society Gin.

But enough of that, the Aeons EP has five terrific songs (and an excellent remix of the Kimbra track Brother Sun with jazz pianist Aron Ottignon and Rodi Kirk) so it's time to flip our Famous Elsewhere Questionnaire to Mr TK . . .

Being a plumber at Seaworld would be interesting

1. Anything by Plastic Ono Band

2. Jay Electronica ‘Better in Tune With The Infinite’

James Brown The Godfather Of Soul

Prince or Andre 3000, in both cases we would play some Beatles I think

2. Anything by David Lynch

3. Anything by Akira Kurosawa 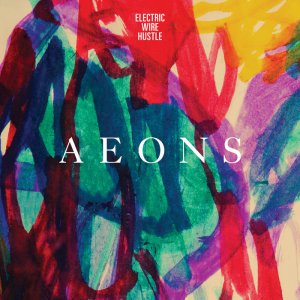 Narrative is one of the hardest things to do in songwriting and I’m really awesome at it.

Photo of Mara and Billy TK by Alan Wright