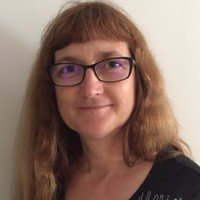 When the organisers of this year's annual Vodafone New Zealand Music Awards were considering the landscape of local music they wanted the awards to acknowledge the past, the present and the future.

The past is taken care of with the induction of people into the New Zealand Music Hall of Fame, the present is acknowledged on the night and the future is . . .

So this year music teachers are being acknowledged in an inaugural award.

Nominations were called for (hundreds came in) and a shortlist of three finalists emerged. We have previously profiled two of them, Liz Sneyd and Jane Egan.

The third finalist is Judith Bell who has led the development of the music program at Chisnallwood Intermediate School for the last 20 years.

During this time, the program has grown from only five teachers in one teaching room with about 25 students to a purpose-built performing arts block with 16 teachers and over 200 students learning the intricacies of reading, writing and perfoming music.

In her role as music leader at Chisnallwood, Judith has become involved with a number of other music education organisations in Christchurch. She is the president of Music Education Canterbury where she co-ordinates music at organisations such as the University of Canterbury, Ara Music Arts and the Christchurch School of Music. She is also on the board of Music Education New Zealand Aotearoa.

“The goal of the music programme I have developed at Chisnallwood Intermediate is to give students opportunities that will prepare them well for high school and life-long learning, for both recreation and profession in the field of music,” she says.

“The 10 to 13 age group is a vital time for learning and social development. At this period of growth, it can be a lonely time. But having music and camaraderie with other passionate musicians can turn this into some of their most successful, happy years and positively impact all their school study.

So over to you Judith and our special teachers' questionnaire . . .

Masie McNaire. She was my piano teacher and had played regularly on the radio. I liked here because she understood, appreciated, played and taught both classical and ‘modern/chord’ styles of music and theory. Other inspirational teachers I had were: Mr Street from primary school because he started a classroom “band” which I loved. Tom Brown at Mairehau high school gave me many diverse music opportunities. John Ritchie at university was inspirational because firstly I loved his compositions and secondly because of his down to earth wisdom – while many at university cared to philosophise for hours about why one composes and how to define a composer, he just said ‘If you compose, you are a composer”.

Here’s my top one: “I Can Only Imagine” by MercyMe. The imagery of something far greater than we can imagine is so powerful and humbling in this song.

I would love an orchestra such as the NZSO to play my clarinet concerto. Otherwise I already feel lucky to play with the All Girl Big Band, Barock and Sideline Swing and to have performed as a soloist once with the CSO and to have arranged 2 CSO songs for Anika Moa.

I suppose Mr Hollands’ Opus. (I don’t watch many movies).

NZSM Big Band CDs; Johnson, Dreyer, Lockett Trio “Any Last Requests”; CDs from visiting bands performing at Orange Studios and Little Andromeda. Most digital purchases are for teaching or practice purposes. I enjoy Post Modern Jukebox and Walk Off The Earth because of their musical and surprising reinterpretations of songs!

One piece of music, royalties for life, never have to work again. That piece, by anyone, yourself included, which wouldn't embarrass you would be . . .

If I’d written the theme to The Simpsons I’d be pretty proud of the music – especially because of all the cool remixes and arrangements in different styles that have been made over time which the theme has stood up to. Art – I love a piece I have by Ellen Paynter – a landscape created with paint, textures and recycled music.

The Christchurch Big Band Festival saxophone (from the logo).

I feel like it’s really worthwhile. I think music teaching is rewarding because the results are immediate and tangible, although fleeting in a moments’ performance, yet the results are lasting as I see students continue the music journey building on the foundations and investment of discovering passion, realising and growing music skills to unexpected levels, appreciation, resilience and confidence and building music friendships through pre-teen years’ music experiences. 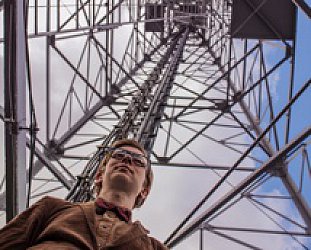 Let's get out of the way quickly here because you'd rather hear from this gentleman than Elsewhere. But just to say the debut album Inform Educate Entertain by the British duo Public Service... > Read more THE BEST OF ELSEWHERE 2013: THE YEAR IN REISSUES

So how long is the history of the music which appears at Elsewhere? Well, it has been 60 years since Elvis Presley first crossed the threshold of Sun Studio in Memphis and Charlie Parker played... > Read more