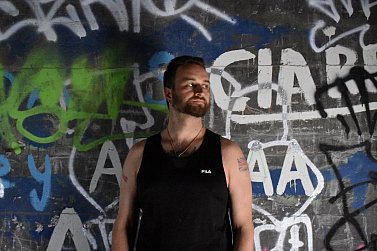 When we reviewed New Zealand author Michael Botur's short story collection True at the end of 2018, we noted how prolific he was.

In the time it takes many authors to decide on a subject Botur has written a novel or a series of short stories and is already moving on to the next project.

In part that is because he has identified his territory: it is the lives of people on the margins of society where violence, drugs, crime and an uncertain present, let alone future, is their lot.

In language which echoes that of the very real world his characters inhabit, Botur throws his readers into their lives and often dangerous circumstances. They are dark rides.

His latest novel is Crimechurch (great title) and revolves around P, bikers, neo-Nazis,psychosis, violence and more in that damaged Garden City.

It comes with a Q&A foreword with fellow author Alan (Once Were Warriors) Duff about endemic male violence in New Zealand society. Neither Duff nor Botur pull their punches.

With Crimechurch out there (available from here) and a short story collection Hell of a Thing coming out in the US through the Sager Group in May, we thought it timely for Michael Botur to answer some questions about his writing life and practice. 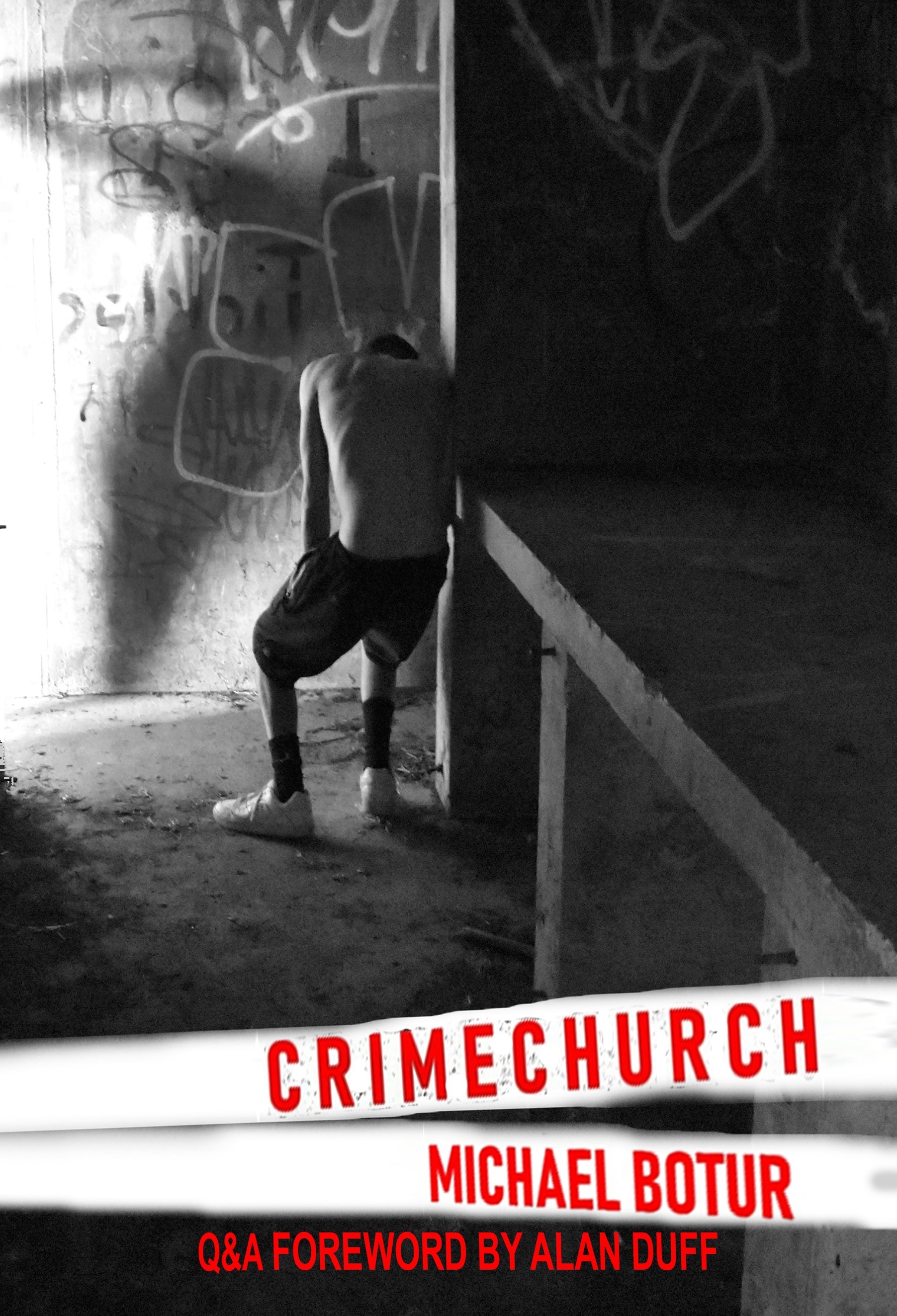 When I was 18 I read this book American Terrorist (authors Lou Michel and Dan Herbeck) which is about Timothy McVeigh, the Oklahoma City bomber. I had never read book-length narrative journalism before – think about it, teenagers aren’t much encouraged to read that sort of thing, are they? It was a fascinating story and began a life-long love of book-length narrative journalism and true crime.

I loved the short stories of George R R Martin when I was around 20 years old and an English student at Otago Uni. I loved Martin’s writing so much, in fact, that the first lengthy short story I wrote was rip-off of Martin’s story The Monkey Treatment. I shared my story ‘The Handymonkey Law’ with my writer friend Hilary Smith, who is a practiced critic and extremely adept with English. She made me realise how unimpressive my story was. I was crushed – but I learned to write better.

I always chase ambitiously long word counts, and I never take my fingers off the keyboard if the words are flowing and I’m feeling inspired. It takes at least 30 minutes just to get warmed up so unfortunately you have to spend 1-2 hours at your keyboard if you want to build a strong piece of writing.

Visual arts. I used to want to be a cartoonist and I cartooned for about six different university magazines before giving up for writing around age 25.

The short stories of Tobias Wolff.

The poetry of Charles Bukowski.

I love my Kindle Fire, I highly recommend everyone gives a Kindle a try.

I have a lot of praise for The Shipping News (Annie Proulx) and This Boy’s Life (Tobias Wolff). Both very memorable.

Headlands – new stories of anxiety – by a bunch of anxious NZ writers. To me, the book has merit, I think it’s good that it was published, but some of the essays in the collection don’t have much thrust and just seem like people complaining about a condition without working towards improving it. Sure, anxiety is a challenge – but you need to try and move past the challenge. Don’t let the anxiety win. Anxiety is toxic to people around you.

Unfortunately no – I find music interferes with my creative writing. Apparently Stephen King blasts Metallica. Good for him, I wish I could concentrate like that. 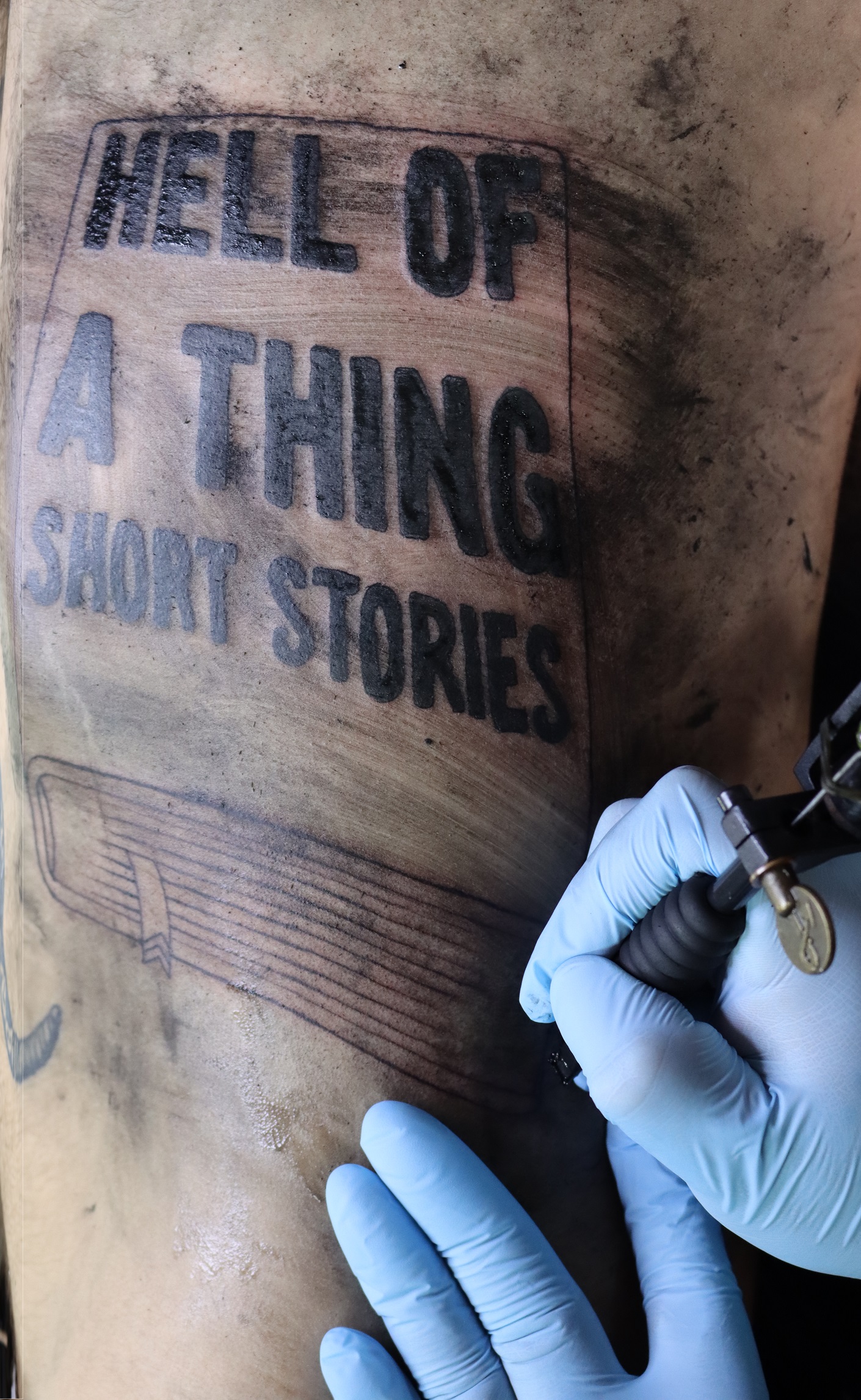 I’m covered in tattoos, including the cover of Hell of a Thing – my short story collection.

Crimechurch began with a 10,000 word short story in summer 2017/18 which was exhausting to write. Something was tugging at me to continue the story. I could feel the inspiration burning, and I have a rule about never saying no to inspiration. Creating a narrative structure for a gripping 90,000 word novel was very draining. And that was just the start – it would be two years, several drafts and huge amounts of editing before it was published.

So it’s my biggest literary project ever, and most difficult, and the book with the most at stake.

A huge, concentrated vision. Intelligent people are loving Crimechurch. It is one of a very few pieces of NZ literature which interrogates the culture of violence in Kiwi males. It’s almost one of a kind, and very distinctive and original. You should read it.