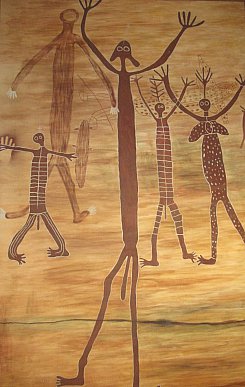 By the time we get to the top, and it is only a slight uphill walk for 15 minutes, we are breathless in the dry heat and reaching for our water bottles. Below us the smooth sealed Peninsula Development Road leads south to Cairns some 180km away, but up here on the top of this valley near Laura, where a sign indicated the population was 70, we are back possibly 15,000 years.

Yes, the Aboriginal rock art here has suffered from over-painting and you suspect some of it is perhaps only a century or so old, but at Split Rock you can discern the fearful Imjim figure (who bounces like a kangaroo on his massive penis), the Timara spirit with its pendulous ears and numerous images of dingoes, flying foxes (upside down, naturally), echidnas and wallaroos.

This site – only “discovered” by a road crew 50 years ago – is one of many around Laura, a region considered by UNESCO to be one of the top 10 rock art areas in the world.

Most sites however are remote, protected and unavailable to the casual visitor, but the aptly named Split Rock has been opened to the public although locals ask no photographs be taken. As with the request you not climb Uluru, it goes mostly ignored – and perhaps the attrition of thousands of snapping shutters means there is little left to rob the images of. But no one in our small party bothers.

We wait for a group of a dozen elderly visitors from Cairns to depart and sit in silence reading the huge wall of images before us.

Aboriginal people have had continuous occupation of this region for around 50,000 years and the walls dance with their story here in Quinkan country. The doomed explorers Ludwig Leichardt and later Edmund Kennedy came through this area, and there is a representation of a horse six metres long which was painted after Kennedy passed through in 1848, the year both men died.

But most of the images go back into that shadowy pre-history which Europeans can never fully comprehend: the emu dreaming story, the Yam spirit, the Timara Quinkan with its elongated arms and who showed the people how to find food out here in this unforgiving landscape . . .

And under these giant slabs of sandstone the people would shelter from the heat and the rains. Just over there is the women's area.

This region is the still an important hub for Aboriginal people. The Laura Dance Festival takes place here every second year and pulls thousand of artists, performers and curious tourists.

But it is up here in the soulful silence under a cloudless sky where you can contemplate those larger questions about the continuity of culture, the spirits which walk this land and, not the least, wonder why, if you were building that road down below you would climb up here when you had a break.

Me? I'd probably have just laid down in the shade. 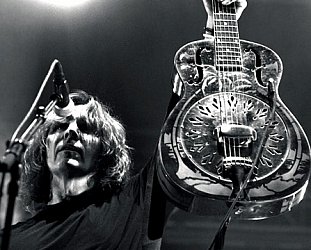