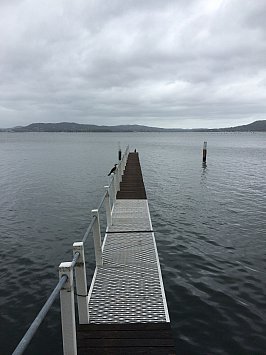 About halfway across, when traffic slows to a fume-filled crawl, I glance sideways to see the city's most famous icon. And it occurs to me this is the first time in three decades I've been across Sydney Harbour Bridge.

As the Opera House falls behind I also realise I don't have a clue where I'm heading – north is all I know – but that somewhere up ahead will be the luxury hotel Bells in a place with an appropriate name: Killcare.

The direct route to Bells at Killcare – a getaway hotel and spa with an acclaimed restaurant run by multiple-award winning chef Stefano Manfredi – is just 90 minutes north of Sydney. However I'm choosing the old Pacific Highway rather than the motorway, don't mind getting lost (which I do) and am happy to make detours.

So as the endless road north stretches before me I find informed ABC voices on AM for company, and once over the bridge I'm on the Pacific Highway . . . which is initially nowhere near as glamourous as its name suggests.

Without so much as a polite letter informing me of their intentions, the good burghers of Chatswood have allowed so many high-rise buildings in their once pleasant suburb that it now looks like downtown Auckland.

It's an hour of easy driving before the city grit is sloughed away, and the weird romance of the eateries-littered road takes over. Names become poetry as much as markers: Killara, Turramurra, Warrawee, Wahroonga . . . The culturally insensitive might think they'd fallen into an Edward Lear poem where “ 'the prawns are plentiful and cheap', said the Yonghy-Bhongy-Bo' “. 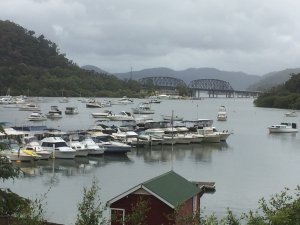 But then the Pacific Highway narrows to a single lane, there's little traffic on the well cambered road through expansive bush – I get glimpses of vehicles on the featureless Pacific Motorway which occasionally runs parallel – and when I hit Mount Kurin-gai I get out and stretch my legs.

The bush beneath rolls away to blue-tinged mountains shimmering in the heat and the breeze brings the sound of strange and unfamiliar bird calls. A little further on I turn off, attracted by a pretty harbour where the boats of real people – not gin palace versions – sparkle white against a blue-brown harbour. This is Brooklyn which – in a peculiar implosion of New York geography and place names – looks across to the nature reserve of Long Island.

It feels a world apart from the wheezing metropolis to the south. After my fill of pleasant nothing – there's plenty of pleasant nothing: gulls, boats, sea birds, slow-mo clouds and insect noise – I rejoin the world on the Pacific Motorway, making time to Glenworth Valley Horse Riding on Peats Ridge.

I'm not a horse guy, but if I were I'd be spoiled for choice in this beautiful and expansive valley. They have over 200 horses – immaculately cared for, to my untrained eye – and trails for guided or free-range riding. They also have 20 quad bikes and the place seems like an unconfined zoo: wallabies, emus, platypus (platypi?), lyre birds, iguanas, bearded water dragons, red and gold cockatoos . . .

The water course is fresh at one end and salt at the other, there are teepees and camping options, and the property has been established for more than 60 years. Goes without saying it's won dozens of tourism awards. I can feel why as I lie in long grass and watch a sea eagle circle above. 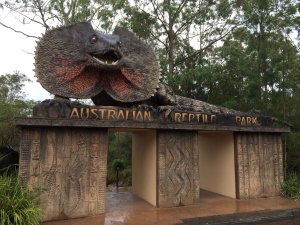 And nearby is the famous Australian Reptile Park.

Frankly I've seen my share of animal parks in the Big Country, but this one impresses. In well laid out grounds you're very up-close with a Galapagos turtle, menacingly serious alligators and crocs (including the enormous Elvis); free range kangaroos, dingoes, Tasmanian Devils and koalas.

The reptile house of snakes and lizards (beside Spider World) offers an array of beautiful, odd and sometimes colourful creatures from around the globe. My camera runs overtime on lizards with bright scales. 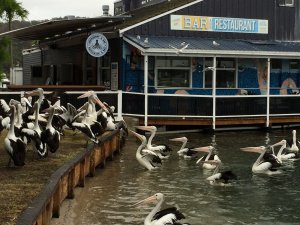 As light rain falls I aim for fish'n'chips at nearby Woy Woy's popular Fishermen's Wharf, an outdoor takeaway with a wet fish market, restaurant and dozens of patient pelicans bobbing on the water waiting for left-overs.

On the way I get successfully but enjoyably lost – I'd declined GPS in the rental – so ask for help. Thick Australian accents are a foreign language (“Yee ga rye” only makes sense after you've heard “Yee ga lef”) and I'm better off better trusting a wizened Bluto-nose local than a young 'un who's helpfully offered a four page printout in small type.

After I've gone way off course trying to read the paperwork the old guy puts me on track: “See that pub, ye ga rye, follow ya nose, get on the industrial road – can't miss eet, factories'n'shit – and then ga lef at the lies. Take ya twinny minitz”. He was dead right. I was there in the same time it had taken me to get lost using the printout.

In five days of driving everyone was helpful (it's been years since anyone's called me “darl”) and I was never late for anything, even though distances were sometimes measured in hours. 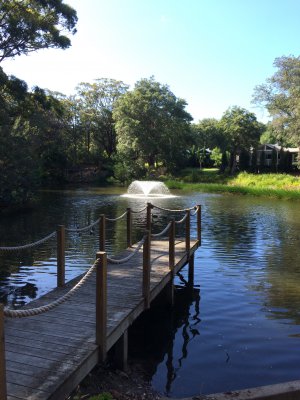 That first night over dinner in Bells at Killcare – a retreat so restful and elegant I could see why James and Katie were having their wedding there – I thought of tomorrow: the microbrewery and nearby distillery (both award-winning), north to Port Stephen but a quad bike drive on the dunes near Williamtown first . . .

In the past decade I've been in many parts of Australia, some so remote I didn't see another human for hours, and each time I've thought the same.

Much as I love cities – and I've never lived anywhere other than in a city – few things are more enjoyable than putting one behind you . . . and easing into the slow lane. 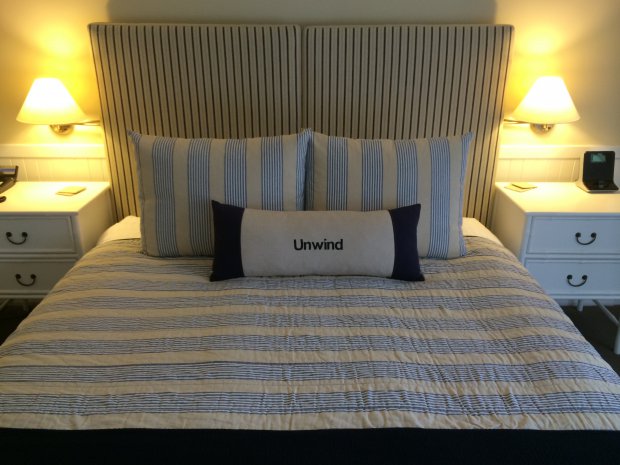