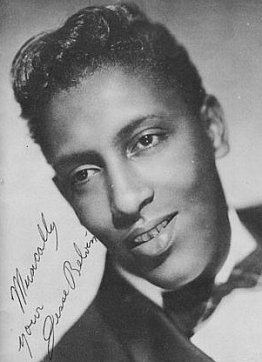 The list of those 27-year olds who went to join what Kurt Cobain's mother called "that stupid club" received Amy Winehouse in 2011, and when she died there were any number of writers who noted the list of those of that age who'd gone: Robert Johnson, Brian Jones, Jimi, Janis, Jim, Badfinger's Pete Ham . . .

And of course Jesse Belvin.

Jesse Belvin was one of the most gifted writers and singers of his generation when he was killed in a car crash in February 1960 at age 27 which also took his 25-year old wife Jo Anne (who wrote Who Knows, the posted track here).

On the way to Dallas after a show in Little Rock, Arkansas their car crossed into an oncoming lane and ploughed head-on into another car. 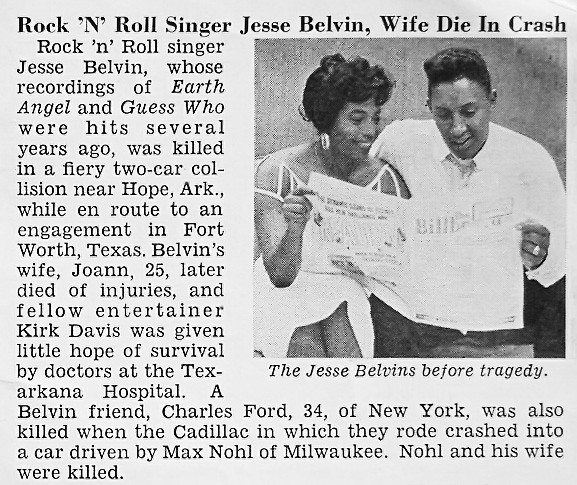 Belvin and his driver, and the two in the other car were killed instantly, Jo Ann died in hospital.

Belvin was a stylist in the manner of Nat King Cole, and Etta James called him "the most gifted of all . . . even now I consider him the greatest singer of my generation. Rhythm and blues, rock and roll, crooner, you name it. He was going to be bigger than Sam Cooke, bigger than Nat Cole."

Stevie Wonder would later name him his favourite artist: "I would almost die to meet him," he said in '76. "I really loved the music he gave us. There is so much sincerity in his voice."

Ironically, although he was a prolific writer penning Earth Angel (a hit for the Penguins) and others, he gave us very little under his own name. 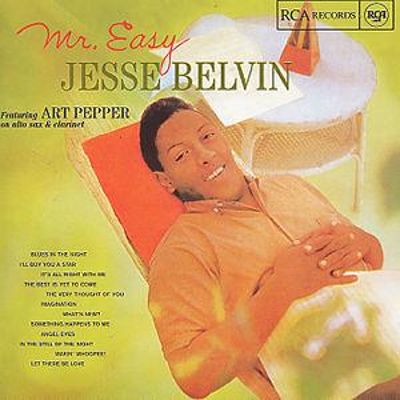 There were a few pseudonyms he performed as (the Gassers, the Cliques, the Shields) but although there was the album Just Jesse Belvin in April '59 (which featured Guess Who) his finest album Mr Easy -- with an orchestra arranged by Marty Paich which featured Art Pepper -- wasn't released until after his death.

Lou Rawls said, "it's gotta be the greatest jazz pop LP ever made".

But it was too late.

The circumstances of Belvin's death in 1960 -- in Bill Clinton's birthplace of Hope, Arkansas -- are especially tragic.

He had been on a bill with Sam Cooke and Jackie Wilson and they were scheduled to play to a segregatd audience in Little Rock. Wilson refused and, after death threats, the concert went ahead, although was constantly interrupted by racist taunts. After the show they were ushered out of town. Run out of town some say -- and there was the allegation that Belvin's tyres had been slashed, which explained the fatal head-on collision.

Belvin was a great talent cut short. He came out of Texarkana in Arkansas and at 16 he was singing with the Big Jay McNelly's Orchestra and his first recording with them, All the Wine is Gone, went top 20. He wrote the classic Earth Angel and formed a quartet with the young Johnny Guitar Watson (the Shields, who had a top 20 hit with You Cheated) and he was signed to RCA.

Everyone expected his silken vocals to take him to the top. 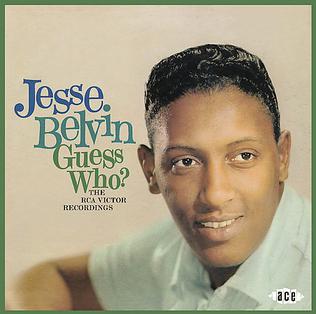 He was being groomed to cross over to white audiences.

Etta James was convinced the man sometimes called "the sepia Sinatra" could have been bigger than Cooke and Cole. He had charisma as well as the looks, style and sound.

"When he peered into your eyes, you melted. This was when ever guy, black or white, wanted to be as cool as James Dean. But Jesse, well he was beyond cool."

In the Mr Easy album's liner notes Lee Zhito of Billboard wrote, "From time to time meteoric artists have streaked across the showbusiness horizon to burst in one dazzling display and disappear. Jesse Belvin is among the rare, durable talents who is destined to remain as a permanent member of that galaxy."

In fact he was both.

Jesse Belvin streaked across the horizon in a dazzling display and then -- like Jimi and Janis and Jim and Kurt and Amy et al -- became a permanent member of the galaxy.

There are a number of Jesse Belvin playlists at Spotify but the Mr Easy album is here.