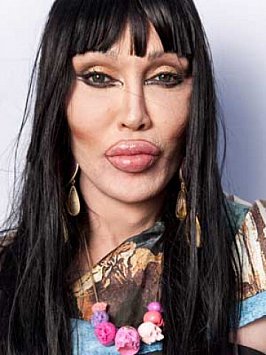 A lifetime and career trajectory from beautiful young New Wave pop-boy star to a very alarming botoxed older woman is not what most people would chart for themselves.

But welcome to the world of the always androgynous Pete Burns who came to attention in the Eighties as the lead singer of Dead or Alive out of Wirral, across the Mersey from central Liverpool, and went on to become a media celebrity (minor league, he appeared on Celebrity Big Brother a couple of times in the middle of last decade) . . . then a living advertisement for the delusion of having "work" done.

To his great credit Burns -- whose profile might suggest more salubrious surroundings than he inhabits at home -- has rarely complained about the viscitudes of life and seems to face the world with a great deal more dignity and self-possession than most of us . . . especially if we had to look at that face in the make-up mirror every day. 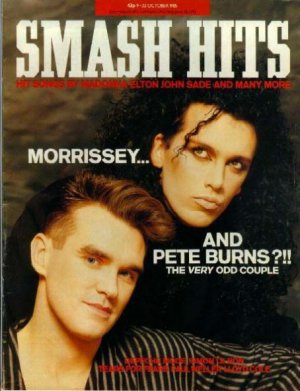 Back at the start however he was -- alongside Pete Wylie of the much ignored Wah/Wah Heat and Julian Cope of Teardrop Explodes -- part of a new surge of acts out of Liverpool (alongside Echo and the Bunnymen etc).

But having the Stock-Aitken-Waterman team gift Dead or Alive the song You Spin Me Round (Like a Record) took them to the top of the British charts.

With their look -- more correctly his look and media savvy -- Dead or Alive were destined for, if not even bigger things, then at least the covers of magazines like Smash Hits.

They were -- inevitably given their Harajuku/Yoyoji Park look -- "big in Japan". 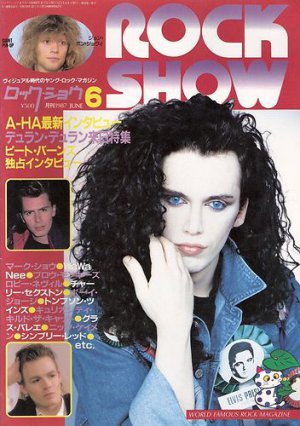 As the band progressively broke apart Burns kept it going and there was a loyal Japanese following and after some Goth-sex manoeuvres they found themselves adrift.

In '90 their album Fan the Flame was only released in Japan.

Which in itself could have been a career but by the mid Nineties his career was floundering and although the single Sex Drive did well (with the Italian outfit Glam, and it has had subsequently come in numerous, too numerous, remixes) he almost seemed incidental to the dancefloor disco beat.

Remarkably Dead or Alive -- the name becoming all the more poignant -- carried on . . . but it too became incidental to Burns' appearance, lifestyle and easily flammable moods (in interviews and on television).

All of which made him ideal fodder for Celebrity Big Brother, television profiles and Celebrity Come Dine With Me in 2011 (an especially low point in any Brit "celeb" career). 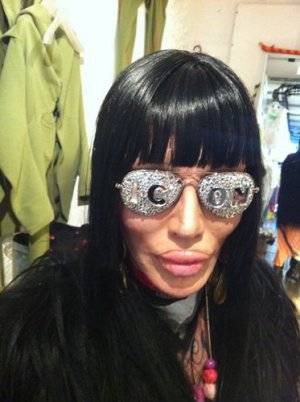 Any or all of this would be forgiveable or even made interesting if Burns had continued to make music but -- unlike Boy George to whom he is often, wrongly, compared, -- he has lived on through remixes of Sex Drive, albums which barely caused a ripple in the cosmos, singles which went into the yawning vacuum of indifference . . .

So if music was the vehicle which announced Pete Burns to the world it was not something which could sustain and nourish him.

He was always a limited vocalist . . . but his special talent was in being the shape-shifting, gender-blurring Pete Burns who married a woman before fame hit, married a man after it did (their engagement being announced on UK breakfast television) and has always been astonishingly frank -- Liverpool upbringing? -- about his strange life.

And he is a very, very intelligent, street smart man/woman.

If you doubt that and are just recoiling from the look, then check out the clip below.

Pete Burns might look and be different, but he has always had a very sure sense of self. And there's an important backstory about his family upbringing hinted at in that clip.

"Don't ask me if you don't want an answer", he says at one point.