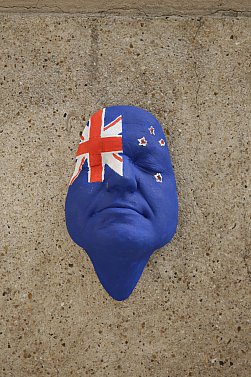 When Elsewhere first encountered Frenchman Ludovic Navarre (aka St Germain) some 20 years on the back of his breakthrough album Boulevard, his English was virtually non-existent and the French at my command wouldn't allow for the nuances of questions about music.

So we spoke through a translator, not that it mattered.

My guess was few people cared what he had to say, they were just too busy enjoying his classy implosion of jazz, blues, dance and electronica where Dave Brubeck sat alongside house music.

His new album finds him working with musicians from Mali on traditional instruments, and he weaves in a sample of the late Lightnin' Hopkins on the summery dance vibe of Real Blues.

St Germain brings his unique and enjoyable sound to this year's Taranaki Womad so we thought it time he answered some questions, and his English has obviously improved more than our French.

With three musicians in december 1995, at Transmusicales de Rennes Festival in France, I was 26 years old.

From 6 to 15 years old I did windsurfing competition. My wish was to become a professional of course but I had to stop  because of an accident. I stayed immobilised for two years and it was then when I started to get into computers and learning about them.

All books from Stephen King

Mick Jagger singing blues on “Real Blues”, the first track taken from my new album and played  already on stage with the sample voice of Lightin’ Hopkins.

One Flew Over the Cuckoo's Nest

My recording studio at home

Roast veal with a Roquefort cheese sauce with braised endive

I practice doing research on the Internet of traditional musics, instruments. I do it all night long because it is quiet to work

At home, doing water sports such as sailing catamaran everyday.

Not yet, I’m already thinking about my next project but it is a secret. 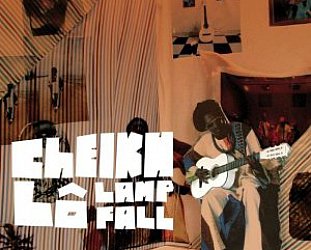 Singer-guitarist Lo from Senegal is a man whose music observes no boundaries: on previous albums he's brought a warm Cuban sound into the context of African juju guitars, had Pee Wee Ellis of James... > Read more Interviewing world music artists is often interesting, sometimes fun and frequently frustrating. Speaking to Amin Alaev of the Alaev Family – who play the Taranaki Womad – is all... > Read more