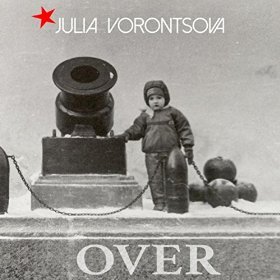 In the manner of television game show hosts from the Sixties, Elsewhere is going to  . . .  "flip all the card" (to reveal the quiz question answer) and say . . .

Get thee to a physik.

Of course, there is a long and rather exceptional tradition of soul-scouring albums by artists whose lives seem troubled if not downright tortured: Marvin Gaye, John Lennon, Amy Winehouse, more recently Beyonce if we believe her Lemonade album) and . . .

However Julia Vorontsova --  a US-based Russian singer -- brings an uncommon intensity and focus to these songs (in Russian and Roma, explained in the liner notes ) on a collection which sound necessarily cathartic.

Her songs are an emotional cleansing (which we are a part of rather than being outside) and so here you can -- if you are prepared to go to her side -- experience a clearing house of coiled rage, fuck-you disappointment, dark passions and the bruising matters of relationships.

Which is not as bleak as that sounds.

Because we've been down such paths before with Polly Harvey and . . . Oh, just so many others.

However Vorotnsove is different because . . .

Here she and her band — electric guitar and strings -- place these songs in appealing and appropriate settings : Notably on the spare Prayer 2 and the childlike Air which pleasingly closes this hour-plus.

Sometimes the weakness in her vocal power fails on the more aggressive Oubliette and Alps, both pushed by sharp guitar from Zeke Zima.

But on the more insider songs -- the conversation between a young girl and a relative/friend who died, as on Gretchen, with disturbing ocarina and cello -- she pulls you into the vortex of her unnerving, dark place.

This – as with Marianne Faithfull, Marlene Dietrich, Scott Walker and others on the emotional precipice  – is not for the passer-by.

Not everything works, but mostly this is an commanding collection of self-analysis and observations given empathetic musical contexts.

This is music -- engagingly dark -- which confronts, heals and is therapeutic.

And believe me, Elsewhere is rarely persuaded that therapy is the purpose of music: But   Vorotnsove is one of those rare exceptions.

But, as with those illustrious others mentioned above, this is not an easy ride.

As the song says, "Only the strong survive". 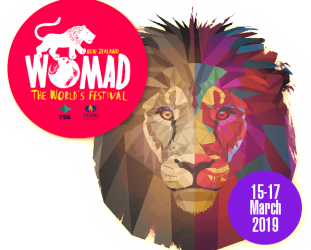 Womad announcements have sometimes started with a whimper when a couple of acts are announced then delivered the big bang at the official announcement of the complete line-up. This time the... > Read more