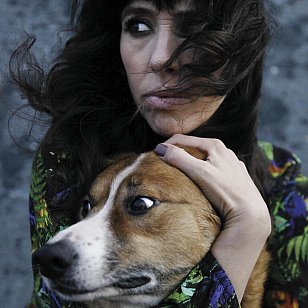 At the forthcoming Womad in Tarakani wise ears will head to the sessions by the Welsh alt.folk group 9Bach whose ethereal (and exotically Welsh-language songs) have previously captured Elsewhere's attention.

Founded by a decade ago pianist/singer Lisa Jen and guitarist Martin Hoyland, they have taken their enchanting and timeless-sounding music to clubs and festivals across the globe, and their 2015 album Tincian/Resonate won best album at the BBC Radio 2 Folk Awards.

Their more recent Anian/Nature reflects their global reach with some songs having Mediterranean influences. It also appears n Peter Gabriel's Real World label and he sings on one song.

So a world music group out of Wales coming to the Taranaki Womad.

Time then for Lisa Jen to answer our Famous Elsewhere World Music Questionnaire . . .

Your first appearance on stage before an audience was . . .

at the Eisteddfod at three years old, reciting and singing

Strange Fruit by Billie Holiday, Took The Children Away by Archie Roach and Higher State of Conciseness by Josh Wink

The most important book you have read is . . . And why?

Un Nos Ola Leuad (One Moonlit Night)? I realised you can be captivated and transported into someone else’s twisted mind and still understand every inch of it.

Beyonce.. (I’d be her favourite backing singer and dancer!)

The clean air, and the mountains!

Your favourite meal to share with friends would be . . .

A mezze of Greek and Mediterranean food, it’s called Pikilia, I like everyone to share hundreds of small plates all taste sensation and explosion of loveliness in your mouth.

My favourite is Imam Baldi and Fava. Fava is pulped up yellow split peas, finished with olive oil, chopped up red onion and some caper leaves with plenty of lemon and salt

I’d spend them traveling around making connections and laughing with like minded people I meet along the way, the last year I would spend traveling between the blue Aegean sea of Greece and the ice cold clear lakes of Snowdonia National Park in Wales - my family and animals would HAVE TO BE WITH ME at all times! 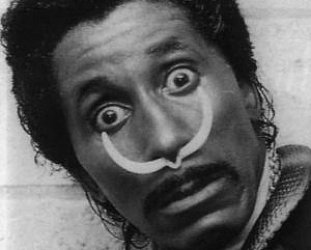 The man on the phone with the curiously quiet voice gently sets the record straight quite quickly. He’s never considered himself a singer he says. But after 35 years of making records and... > Read more